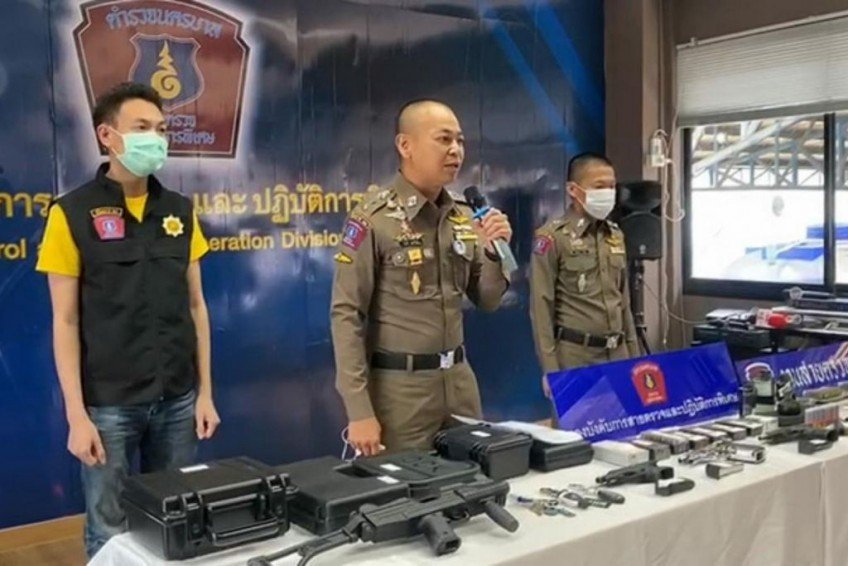 Two foreigners were arrested in Bangkok on Friday (Sept 4) for allegedly possessing guns and ammunition with the intent to sell.

Police said they were tipped off about illegal gun sellers which led to a red Mercedes owned by one of the suspects. The licence plate and registration turned out to be fake.

The suspects reportedly confessed that they sold guns and explosives to foreign customers via Line and WeChat applications while customers paid in bitcoin.

After the arrest, police found that a customer in Singapore had just called Bink’s phone and ordered him to destroy the guns in exchange for a 100,000 baht fee (S$4,347).

Investigation of the suspects’ travel history revealed that they had entered Thailand on student visas in 2019 and had been renting the room since June at 13,000 baht per month.

They were charged with possession and selling of guns and explosives without licence, while Bink was additionally charged with falsifying official government documents for the car that he owns.

Both were sent to Sutthisan Police Station for processing while police are investigating the call from Singapore to track down the customer. 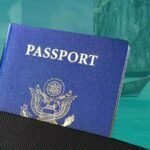 Tourists to get unlimited 30-day extensions to stay 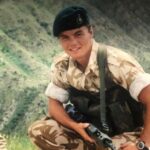