CHIANG MAI, Thailand(Thomson Reuters Foundation) – Young boys walk in pairs late in the evening at Chiang Mai’s popular Tha Phae Gate, sauntering past tourists taking photos of the fort as locals hawk souvenirs.
No one would connect the boys to the older, white men – and a pair of Chinese 40-somethings – seated under a tree, or to the young man with the mobile phone leaning on a parked motorbike.
But for Alezandra Russell, founder of non-profit Urban Light, this scene – which unfolds every evening in one of the country’s most popular tourist stops – sums up everything that is wrong with Thailand’s approach to trafficking and slavery.
“The dialogue in Thailand – and around the world – is focused on women and girls, because the general perception is that boys are big and strong, and that they can take care of themselves,” said Russell, pointing out the deals being done.
The boys, aged from 14 to 24, walk in pairs for greater safety, making eye contact with the men, who then communicate their choices to the man with the mobile phone. Once the deal is done, the boys move to a side alley to wait for their clients.
If no one passes muster, the men head to one of dozens of bars and karaoke lounges that offer boys for sex. The rates range from 2,000 baht ($62) for an hour to 5,000 baht for longer, in a back room or in the client’s hotel, Russell said.
“Why does this not shock and enrage people as much as it does when it’s girls?” said Russell, whose drop-in centre is for boys in Chiang Mai’s sex industry.
“They are no less vulnerable and abused than girls who are trafficked into sex work. Yet it is much more hidden, so there’s much less sympathy, and far fewer resources for boys,” she said.

SOAPY MASSAGE
Thailand is a source, transit, and destination country for children trafficked for sexual exploitation.
Thailand has more than 123,530 sex workers, according to a 2014 UNAIDS report. Of these, at least 40 percent are under 18, and a significant number are boys, according to rights groups.
Children are trafficked into Thailand from Cambodia, Laos, Myanmar and Vietnam. Victims from Bangladesh, Pakistan, North Korea and China also transit through Thailand en route to the United States, western Europe and Russia, activists say.
“We are aware that there are boys also in the sex trade,” said Krittat Uamson, deputy director of the justice ministry’s human trafficking division in Bangkok. “But the majority of sex workers is girls and women, so our main focus is women.”
Globally, as many as 2 million children are sexually exploited annually, according to the United Nations children’s agency UNICEF. A significant number are boys, campaigners say.
Boys in poorer countries are particularly vulnerable, as they are often forced to work to support their families, and end up being lured to popular tourist spots.
Thailand’s sandy beaches, gilded Buddhist temples and popular cuisine drew a record 35 million visitors in 2017, with that number expected to rise to nearly 38 million this year, according to government data.
Although prostitution is illegal, it is tolerated.
Go-go bars, karaoke lounges and parlours offering “soapy massages” – bubble baths that usually end with sex – can be found in most cities and beach towns such as Phuket and Pattaya.
Agents prey on boys at bus stations, or go to villages to recruit them. The boys quickly run up debts with bar owners for clothes, drugs and money sent to their families, forcing them to remain in the bars, Russell said.
STIGMA

Violence and abuse are common, as is substance abuse and sexually-transmitted infections including HIV and AIDS, according to a 2013 study on boys in Chiang Mai’s sex industry.
The boys also display self-harming and suicidal tendencies, said Russell, who pawned her engagement and wedding rings to set up Urban Light.
“They are exposed to so much abuse and violence: I have seen boys come in who cannot even sit down. No 15-year-old should go through that,” she said.
“But we shouldn’t focus just on getting boys off the street. We have to involve the families, the communities that are putting them at risk, and talk about child rights, and safe migration,” she told the Thomson Reuters Foundation.
A 2016 Global Slavery Index, compiled by the Walk Free Foundation, estimates that 425,500 people live in conditions of modern slavery – including sexual slavery – in Thailand.
To clean up the country’s image, the government recently partnered with airlines and charities to warn visitors about trafficking, urging them to report suspected cases.
It also runs vocational training for at-risk young people, and operates 24-hour hotlines, said Krittat.
But most of these efforts are focused on girls and women, leaving boys and young men vulnerable, activists say.
“There is greater stigma around sexual abuse of boys in some cultures, including in Thailand,” said Damian Kean at ECPAT International, a network of non-profits working to end sexual exploitation of children.
“Anecdotal evidence shows it’s under-reported to a far greater degree than sexual abuse of girls. And the offenders are not just Western tourists, but are just as likely to be locals and other Asian men,” he said.
Children worldwide are more likely to be preyed upon by residents of their own homeland than foreign tourists seeking illicit sex, anti-trafficking experts say.

TUK-TUK
Last year, Urban Light worked with more than 1,000 boys in Chiang Mai, which Russell said was a record.
Poverty drives thousands in rural Thailand and from neighbouring countries to the bustling capital of Bangkok, too.
Boys and so-called “ladyboys”, or transgender women, are trafficked to the city, lured by promises of jobs in restaurants, then forced into sex work.
There are at least 10,000 ladyboys working in Bangkok’s sex industry, said Celeste McGee, founder of Dton Naam, a charity that focuses on boys and transgender women.
“There is more stigma around transgender women than even homosexual men,” said McGee.
“They are exposed to a lot of violence and abuse from clients, and need different interventions for rehabilitation.”
Urban Light and Dton Naam offer counselling, vocational guidance, funds to complete school, and job opportunities.
In Chiang Mai, many drive tuk-tuks with the help of loans or grants, Russell said.
One of them, who goes by the name Joe, entered the trade when he was 15 years old, and worked for seven years, contracting HIV along the way.
Today, he drives a tuk-tuk, his girlfriend sometimes accompanying him, with an Urban Light sticker that says ‘Boys cannot be baht’ displayed prominently on the vehicle.
“I like this job, and being my own master,” he said. “This makes me feel happy, confident.”
($1 = 31.8666 Thai baht) This report is dated 16 June 2018…RTS – EP 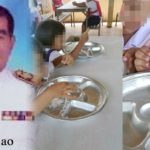