China is believed to be at the epicentre of the highly contagious coronavirus which has left 26 people dead and many more infected.

It is believed that animals are suspected to be the primary source of the outbreak, and Chinese ‘wet markets’ where meat is traded alongside live animals are under scrutiny as a result.

Images have been released of rats, snakes, wolf pups and koalas allegedly for illegal sale at the Huanan Seafood Market in the central city of Wuhan when it was still trading in December.

The illegal sales reportedly happen amid dirt-encrusted floors and walls splattered with blood, with shoppers piling into the busy markets which are believed to have been a breeding ground for disease.

Images supposedly taken at the market in December show a variety of illegal animal trades, including porcupines and koalas bundled up in tiny cages.

Some sellers also offer unusual wares including a deer penis for £44 or the penis of a crocodile for under £5.
The images taken prior to the closure of the market by Chinese officials show the unsanitary conditions the live animals were living in while the food emporium still traded.

The market has now been dubbed ‘ground zero’.

Gao Fu, director of China Center for Disease Control and Prevention, blamed the site for the killer illness, saying: “The origin of the new coronavirus is the wildlife sold illegally in a Wuhan seafood market.”

He added that it was clear ‘this virus is adapting and mutating’.

Early sufferers of the illness are believed to be workers at the wet market, prior to it closing at the beginning of January.
The World Health Organisation reported that The Huanan Seafood Market was closed on 1 January 2020 for environmental sanitation and disinfection.

Many cities including Guangzhou, Shenzhen, and Beijing have banned sales of live poultry and animals in their downtown area, but the markets are still common across the country.

An estimated 56 million people are now on lockdown in China to stop coronavirus spreading, with experts warning the virus is uncontrollable and putting pressure on already packed hospitals.

Scientists are still unclear on the spread of the virus, which has been noted for to its similarity to SARS (Severe Acute Respiratory Syndrome), which killed nearly 650 people back in 2002-2003. 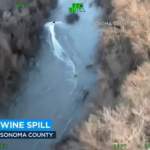 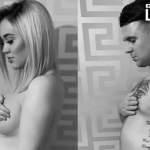