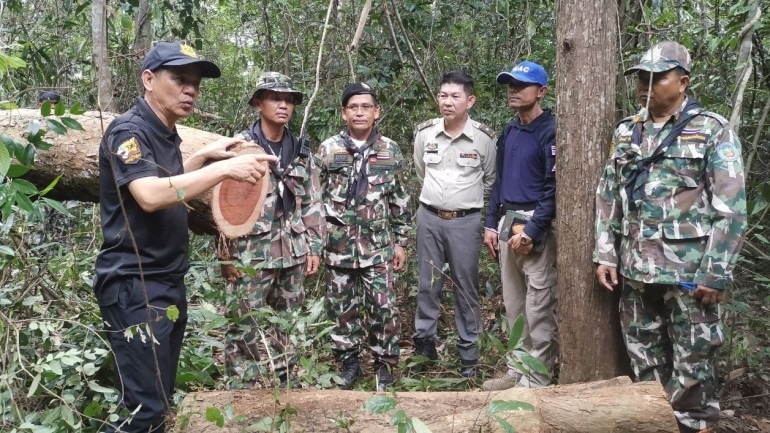 Illegal loggers have resorted to the use of landmines to kill or maim forest rangers who try to interfere with their pursuit of the highly-prized Payoong, or Siamese Redwood trees in Thailand’s forest reserves.

According to the report from Mr. Sathit Panthumat, chief of Huey Sala wildlife sanctuary in the northeastern province of Si Sa Ket which borders Cambodia, forest rangers on patrol in the sanctuary went to investigate after they heard the sound of falling trees.

As the rangers were approaching the area from where the sound had come, one of them trod on a circular metal sheet in their path.

Another team member used a stick to probe the object, which they found to be a landmine of a type familiar to them.

The rangers used an alternative route to the target area where they found five loggers in the act of cutting Payoong trees.

The loggers fled, leaving behind the sawn-off Payoong lumber and their cooking utensils.

A military ordnance disposal team was dispatched to defuse the landmine and to scour surrounding areas to look for more hazardous devices.

Two rocket-propelled grenades and one hand grenade were found. 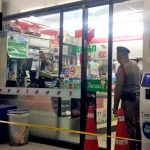