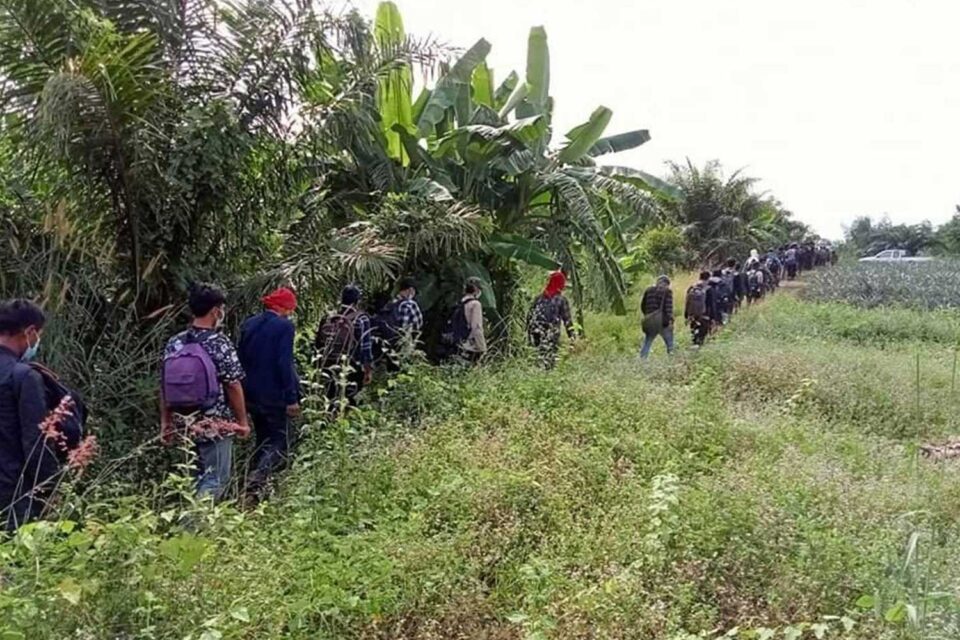 Another 101 job seekers from Myanmar were arrested after they crossed the border into Thailand illegally in Sai Yok district on Thursday.

Police, soldiers and local officials, led by the army’s Lat Ya task force, were deployed to a border area at Krathathong village in tambon Sri Mongkhol after being alerted that a group of migrants were found there at around 11am.

The team saw 58 men and 43 women gathering at a pineapple plantation. All were illegal Myanmar migrants.

Health officials were later sent to check the migrants for fever as part of Covid-19 screening and their temperatures were normal.

During the questioning, the detainees told officers that they had travelled from Mawlamyine, Bago and other Myanmar townships to work in Thailand.

They crossed the border via natural bordering crossing. They were destined for jobs in Samut Sakhon, Pathum Thani and Samut Prakan provinces.

They were asked to pay 25,000 baht each to job brokers when arriving at their workplaces.

They were handed over to Sai Yok police for legal action.

A total of 101 Myanmar job seekers walk from their hideout to a nearby area for temperature checks after being caught on Thursday. (Photo supplied: Piyarat Choncharoen)