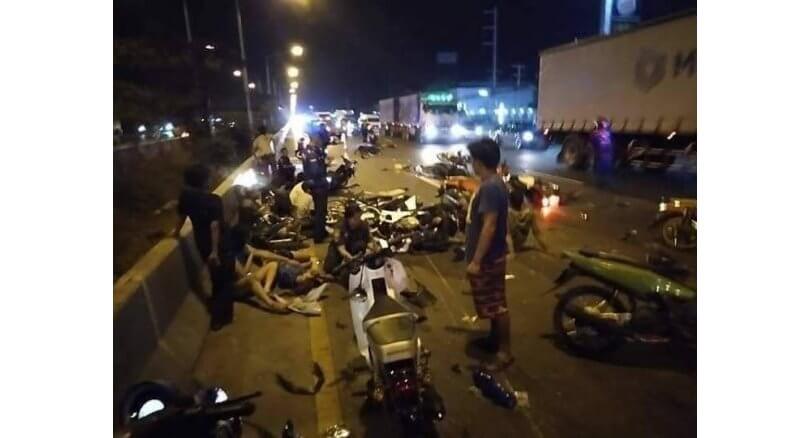 One person was killed and at least 18 others were injured in Muang Samut Sakhon early Sunday when more than 15 motorcycles piled up during an illegal road race.

Police arrived soon after 1.30am to see participants fleeing the location on Rama II Road, some with minor injuries.

They found motorcycles, 18 injured riders and one person deceased who had still not been identified as of publication time.

Preliminary questioning suggested that two motorcycles at the lead of a large number of racing bikes collided, resulting in the fatal pileup.

Police laid charges and planned to also track down the racers who fled the scene.

Rama II Road is a major route to the South and the stretch in question frequently sees illegal racing.