Home » Idris Elba ‘part of the conversation’ as next James Bond 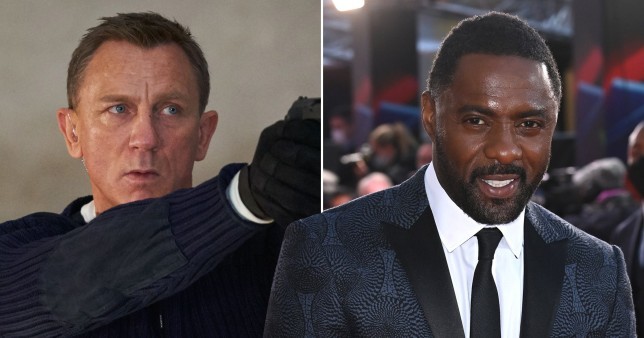 Idris Elba is on the James Bond producers’ radar, as they’re considering him for the next 007.

The Luther star, 49, is ‘part of the conversation,’ bosses have confirmed, as they seek out an actor to fill Daniel Craig’s shiny shoes.

Craig bid farewell to Bond in No Time to Die so, naturally, speculation is rife about who he’ll be passing the baton onto next.

Executive producer Barbara Broccoli and her half-brother Michael G Wilson are the two key people with the mega task of casting the next Bond which, of course, isn’t a decision they take lightly.

Speaking to Deadline’s Crew Call podcast, Broccoli admitted that Elba’s name has been floating around when the producers have been discussing who will take over from Craig.

‘Well, we know Idris, we’re friends with him, and he’s a magnificent actor. And, you know, it’s been part of the conversation, but it’s always difficult to have the conversation when you have someone in the seat,’ she said.

Her comments come after she was very vocal about wanting Craig’s Bond – who starred since 2006 – to have a proper send-off before all focus shifted to replacing him.

Broccoli stressed that they are in no rush to cast the next secret agent, adding: ‘I think we have decided that until No Time to Die has had its run and Daniel has been able to – well, we’ve all been able to savour, reap the benefits of Daniel’s wonderful tenure, we’re not gonna think about, or talk about anybody else.’

Elba – who is currently busy filming the Luther movie – did address rumours of his casting back in 2019, after he received racist backlash.

He said at the time: ‘You just get disheartened, when you get people from a generational point of view going, “It can’t be.”

He added that he’d be totally up for the once-in-a-lifetime opportunity, should it come his way.

‘Of course, if someone said to me, “Do you want to play James Bond?” I’d be like, “Yeah!” That’s fascinating to me. But it’s not something I’ve expressed, like, “Yeah, I wanna be the Black James Bond.”‘

The producers might be remaining tight-lipped for the time being, but that won’t stop rumours flying around on who could be the next 007.

Star of 1917 George MacKay recently told Metro.co.uk that, since his name is also in the running, ‘it would be a consideration,’ however, he’d have to think about it carefuly.

MacKay – who played Craig’s baby brother in 2008 movie Defiance, said: ‘Of course, you’ve got to consider it for sure. I mean, it’s an amazing thing, but it would also be a massive thing.’

He added: ‘I don’t know if that’s a reality, but if it ever became one, of course, it would be a consideration. But be a careful one.’

Craig bowed out as Bond in his fifth and final outing last year after making his debut in Casino Royale. 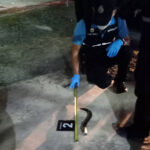