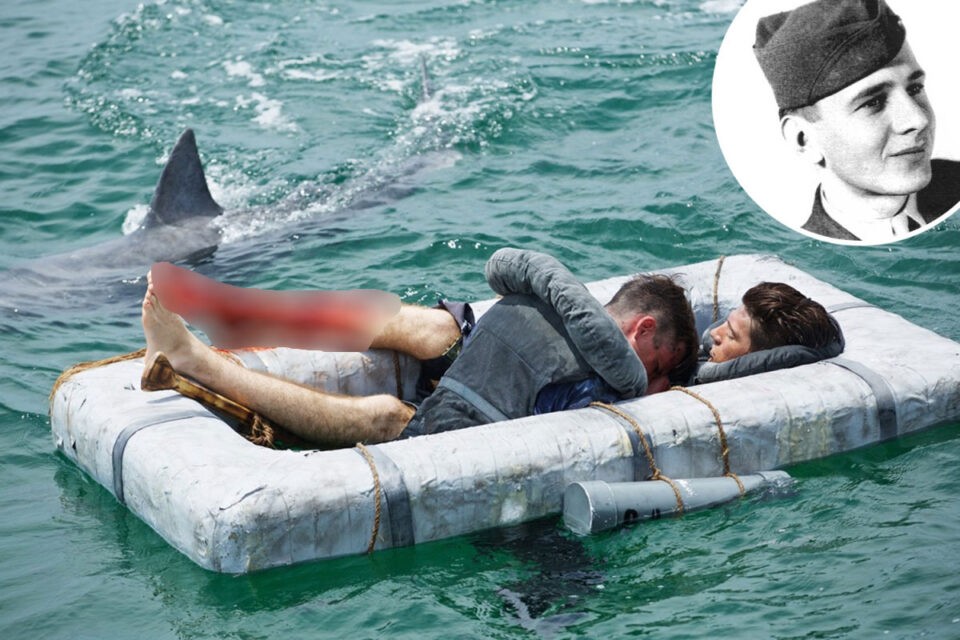 EDGAR Harrell could still hear the screams of the friends who were clinging to each other as a school of hungry sharks began tearing chunks out of their legs.

The blue Pacific waters turned red with blood as, one by one, hundreds of men were eaten alive.

Harell was one of 1,195 men onboard the USS Indianapolis in 1945 when it was torpedoed by a Japanese submarine, leaving him and hundreds of others fighting for survival in shark-infested waters.

“All we heard was men being eaten alive. Every day, every night,” Harrell told Sun Online in 2019.

“You’d find your buddy and check him and find that he’s disembowelled, or the bottom was gone.”

Harrell was 20 years old at the time of the attack – he passed away in May this year aged 96.

It has since become known as the worst shark attack in history and inspired the character of Captain Quint in the blockbuster Jaws, who said he had survived the attack.

On the night of July 30, 1945, the Indianapolis was sailing from Tinian Island to the Philippines after completing a secret mission delivering uranium for the Hiroshima atomic bomb, which was dropped just one week later.

At 12:14am, a Japanese submarine fired six torpedoes at the Indianapolis, and two hit it directly.

Sergeant Harrell, who was on lookout that night, told Sun Online: “One of the torpedoes cut the bow of the ship off.

“The second exploded under a turret.

“I could see and hear and feel all the water coming in below me, and the ship began flooding.”

He scrambled to get a life jacket and then clung on to a rail as the sinking ship started to go down, watching in horror as badly burned men ran screaming from the vessel.

Harrell said: “I hung on to that rail looking out into the blackness of the night.

He then leapt into the water as the ship went down.

He said: “I swam away from the ship and towards a group of marines who had already fled the boat.

“One was badly injured and he died in my arms within the next hour.”

Three hundred men went down with the ship, leaving another 900 bobbing in the pitch-dark waters.

While Harrell and his comrades were thankful to have survived the torpedoes, it soon became clear they faced an even more terrifying enemy – hundreds of oceanic whitetip and tiger sharks which prowl the Pacific.

In the next few hours as day broke, Harrell was floating with a group of roughly 80 other men when dorsal fins started to cut through the waves around them.

The men clung to each other in a bid to intimidate the predators – but those weakened by injuries would lose their grip.

And once alone in the open, the sharks would close in.

Harrell says: “You would hear a blood-curdling scream and look and see someone going under.”

And as the victims’ blood spread in the water, sharks – which can smell blood up to three miles away – were attracted to the defenceless sailors, creating a feeding frenzy.

Harrell added: “When you get some 900 boys out there decaying in misery, sharks are gonna swim through there and they’re gonna attack what’s in their road.

“If I’m flopping around in their road, they’re going to take me under, and they only have to hit you once.

“All we heard was men being eaten alive. Every day, every night.”

The dwindling group of sailors had no food and endured baking heat during the day and extreme cold at night.

They were also severely dehydrated — which drove some desperate men into drinking seawater.

Harrell said: “You could nearly time it after they’d drunk that salt water — within the hour their mind was completely gone, hallucinating.”

On the second day, the men were able to drink a few drops of rainwater that fell by catching it in their mouths.

But by noon on the third day, of the 80 men Harrell had first huddled with in the water, only 17 were still alive.

They’re identified by their long, white-tipped fins – which are highly valued as the main ingrediant in shark fin soup.

They’re known to be particularly dangerous to survivors of ship and plane wrecks at sea, and they’re thought to have been the species which killed the majority of the Indianapolis survivors.

Whitetips were also the species which ate many of the survivors of the RMS Nova Scotia, torpedoed near South Africa in 1942.

Exact figures for incidents like these aren’t recorded in official shark-bite records, meaning there are five other species ahead of them in terms of the number of official attacks on humans.

But oceanographer Jacques Cousteau called whitetips ‘the most dangerous of all sharks’.

At some point later that day, a group of five other sailors floated over to Harrell with a makeshift raft they’d made from empty aluminium ammunition cases and orange crates.

The new arrivals pleaded with Harrell’s group to try and paddle closer to the Philippines or they’d never be found.

Harrell and his friend Spooner went with the five new arrivals — the 12 left behind wouldn’t survive.

On the same day they split from the group, Harrell found a crate of potatoes floating by.

He said: “They were rotten. But solid on the inside.”

Desperate, the men peeled the mould off with their teeth.

He added: “That’s all the water and food that I had for four-and-a-half days.”

The next day, an American bomber flying overhead accidentally stumbled across the men while on an antisubmarine patrol.

Until that point, the US Navy incredibly had no idea the Indianapolis had gone under — and that there were survivors waiting to be rescued.

A massive search operation was immediately launched — with Robert Adrian Marks first to arrive on the scene in an amphibious plane.

Harrell said: “He saw sharks attacking boys, he saw stragglers out in the distance.”

Marks disobeyed orders to not land in the rough seas when he saw the shark feeding frenzy, hauling 49 survivors into the small aircraft and strapping another seven to its wings.

That evening, after nearly five days of constant shark attacks and dehydration, seven ships arrived and pulled the other remaining survivors to safety.

Harrell was shipped off to hospital to recuperate — and he was awarded the Purple Heart for bravery.

He says: “Only the providence of a sovereign God allowed me to survive, and I give Him credit in my book Out of the Depths, plus every time I speak.

“He never lets me forget.”

“I still relive those terrible days and never forget to give my lord and saviour all the credit.”

Following Harrell’s death in May, it’s thought only three survivors of the Indianapolis are still alive. 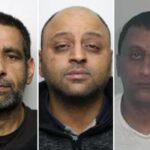 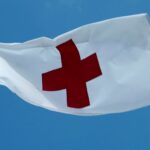