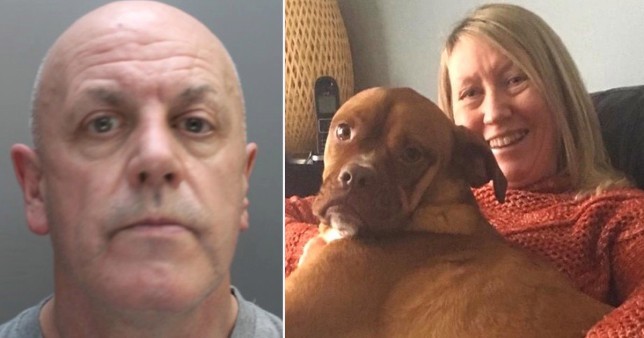 A ‘jealous and controlling’ husband who stabbed his wife 300 times in a barbaric killing has been jailed for life.

The 56-year-old grandmother was ‘unrecognisable’ when officers arrived at their home in Prescot, Merseyside, at 1.20am on November 16, 2020.

Leather was arrested at the scene and later charged with murder. A post-mortem concluded she died from stab wounds to the head.

The court heard Leather subjected his wife to an abusive and controlling relationship for a number of years before the ‘brutal’ attack.

He had originally pleaded not guilty at a hearing in February this year, but changed his plea to guilty on Friday.

Jailing him for a minimum of 18 years, Judge Andrew Menary QC said: ‘It was an episode of unspeakable and barbaric savagery.’

Speaking on behalf of Mrs Leather’s family, Detective Chief Inspector Helen Bennett said: ‘This was truly a horrific and violent assault which resulted in a devoted mum and nan losing her life at the hands of her husband.

‘Mrs Leather’s three children, Jason, Jessica and Matthew, have been devastated by their loss and have struggled to come to terms with the brutal manner in which she died.

‘This was not a one-off violent attack.

‘George Leather was an unjustifiably jealous and controlling man and while there were no previous reports to police, the family believe that Paula had been in an abusive and controlling relationship with her husband for a number of years. ‘

Together with Merseyside Police, they want to raise awareness of the support that is available to anyone who is or has experienced domestic abuse or has been affected by it in order that nobody else has to suffer or silence or go through what they have been through.

‘For anyone who is in a controlling relationship with an abusive partner but financially tied through a mortgage or tenancy, there are confidential support services available to help you and their children.

‘If home is not a safe place for you then we want you to know that you are not alone and you do not have to stay at home if it is not safe to be there.’

Paula worked at the Asda supermarket in St Helens for 25 years. After her death, her family issued a heartbreaking statement, saying she had ‘a smile that would light up the world’.

They said: ‘Our gorgeous Mum has sadly been taken away from us in the most tragic of circumstances.

‘Paula was beautiful inside and out; so kind, so loving and she was the person that was there for everyone.

‘She was the mum of Jason, Jessica and Matthew and the proudest nanny to her first grandson.

‘Paula was devoted to siblings Karen, Ian and Peter, to her large loving family and to her wonderful friends.

‘She was a beautiful soul within her community with a smile to light up the world.

‘Mum will be missed beyond words but the life, the love and the memories we shared together will live on forever.’ 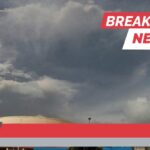 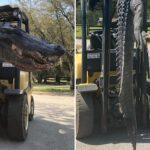