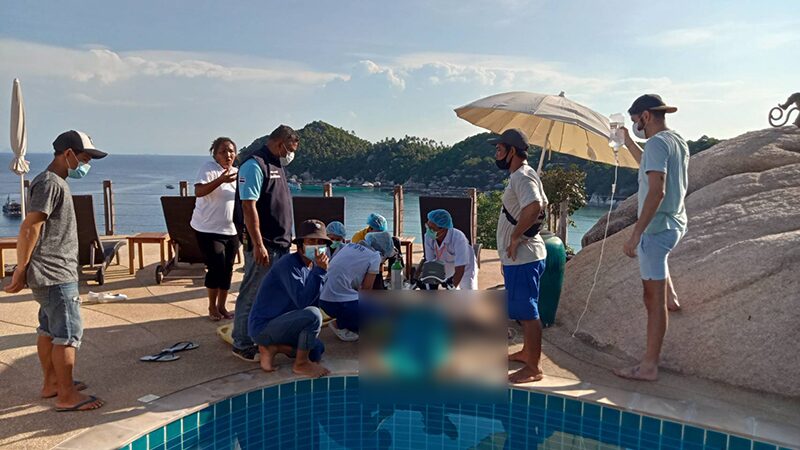 Husband and wife, billionaire business owner and the owner of a five-star hotel in Phuket Drowning in a hotel pool on Koh Tao both died

Sad!! Husband and wife, billionaire businessman Owner of a five-star hotel in Phuket and owns a plastic injection factory in Rayong and Prachinburi Drowning in a hotel swimming pool on Koh Tao has died.

At 4:50 p.m. on 4 June 2021, Pol Col Kriengkrai Kraikaew, superintendent of Koh Tao Police Station, Koh Phangan District, Surat Thani Province Two people have been informed that two people have died in a drowning in a hotel pool on Koh Tao, a Thai husband and wife.

Upon arriving at the scene of the incident at the hotel’s swimming pool Found unconscious bodies with no pulse for both of them, so doctors and nurses helped resuscitate until the weak pulse came back.

Then the two patients were taken to Koh Tao Hospital for treatment. But along the way, both patients died.

Indian ethnicity and owns a billion dollar business There is a five-star hotel in Phuket. and owns a plastic injection factory in Rayong and Prachinburi

Upon interrogation, the son of the deceased testified that he and his parents had traveled to Koh Tao to rest. Before the incident, he had to go for a walk around the beach.

The father and mother played in the pool of the hotel.

When he returned, he found that his parents were drowning in the swimming pool. So he hurriedly ran to inform the hotel staff to help.

Later, there was a team of doctors at Koh Tao Hospital. and Phi Phi Charitable Trust Koh Tao Foundation came to save the lives of father and mother but unable to save both lives.

Pol Col Kriengkrai Kraikaew, the superintendent of Koh Tao Police Station, said that from the investigation of the crime scene, no signs of fighting were found.

And on the body of the deceased, no traces of the wounds from the assault were found. So it was assumed that one of Mr Raguez or Mrs Anshu had drowned first and the other had gone to help.

Initially, Pol Lt. Col. Supakit Chukham, an investigator at the Koh Tao Police Station, handed the body of the deceased to Koh Tao Hospital for a thorough autopsy of the cause of death again to summarize the case.

If relatives are not satisfied with the cause of death, the officers will have the body be taken for religious rituals. 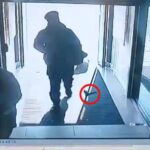 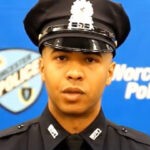 Hero police officer drowns trying to save boy, 14, who died in hospital