Home » Hundreds more foreigners arrested for being in Thailand illegally 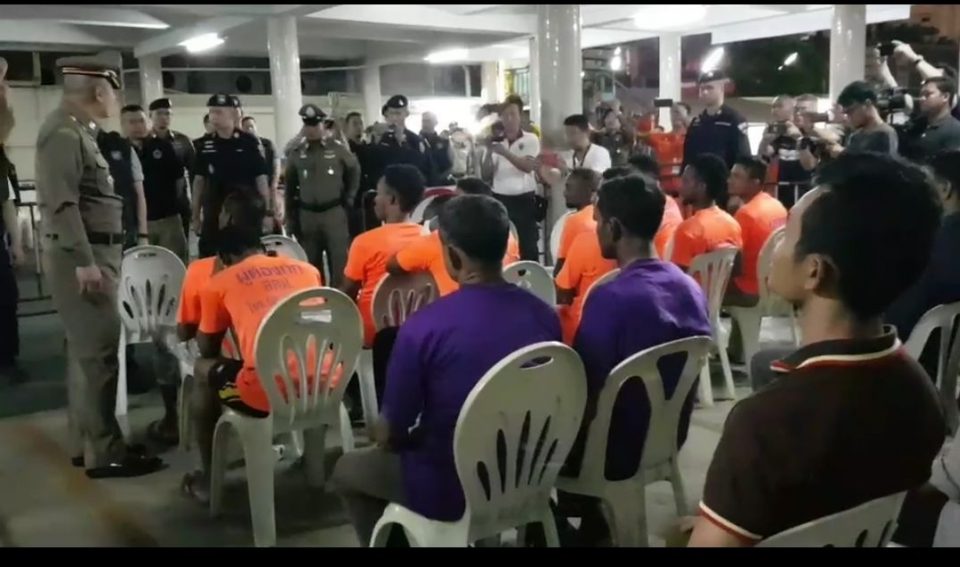 Nearly 500 foreigners have been rounded up this week in simultaneous raids at 221 locations around the country.

About 300 of them have been charged with entering Thailand illegally, Immigration Police Bureau deputy chief Pol Maj-General Itthipol Itthisarnronnachai said at a 1am media conference in front of Nana Hotel in central Bangkok.

Of the 473 people arrested, 285 have been charged with having entered Thailand illegally, 19 are accused of overstaying their visas and a further 169 face a variety of other charges.

This was the 47th immigration crackdown, bringing the total number of locations searched to 7,366 nationwide and resulting in a total of 8,873 arrests.