Humanity: Due to the loss of habitat, illegal hunting, overfishing, and unsustainable agriculture, there are fewer and fewer mammals, birds, reptiles, amphibians and fish in the world.

The pressure on animal populations from human activities has continued to increase, as the latest figures in the published Living Planet Report of the WWF show. Biodiversity has declined sharply over the past 50 years.

The effects of human activities on wildlife, forests, oceans, rivers and the climate are dizzying. According to the latest figures in the WWF report, the global population of vertebrates has fallen by 60% in the last 50 years.

The decline in biodiversity is greatest in tropical rainforests, rivers, lakes, and wetlands. The number of freshwater animals even fell by 83%, with the most drastic decline in freshwater species (94%) in Central and South America. 20% of the Amazon region has disappeared, in the last 30 years, the earth has lost about half of its corals. The main causes of the continuing increase in species loss are habitat loss, overfishing, illegal hunting, and unsustainable agriculture, with climate change posing an additional threat. 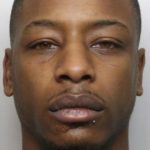 Dad who sent smiley Snapchat pic of son, 2, to mum before beating him to death jailed for life 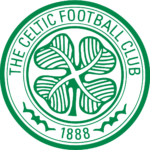