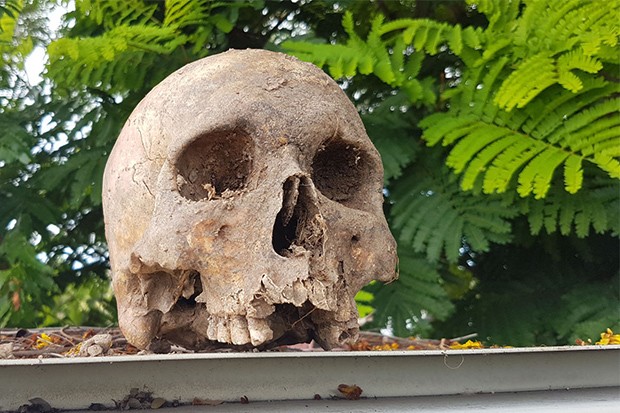 An official of the Royal Irrigation Department found a human skull while digging holes to plant trees in the backyard of the department’s residential quarters at a water pumping station by Khlong Bang Pla irrigation canal in Muang district on Saturday.

Sanoh Saengpuang, 60, told Bang Pu police he believed the skull had been buried there for about 10 years, after an irrigation canal by Sukhumvit road was dredged and the soil brought up as landfill behind the living quarters.

He washed the skull and left it on the back of a power control box before informing the police.

A team of police led by Pol Lt Col Wirat Techanan, a Bang Pu police investigator, went to the scene to investigate.

The skull was handed over to the Forensic Medicine Institute at the Police General Hospital for a DNA test to see if the result matched anyone reported missing about ten years ago.

A Royal Irrigation Department official shows the location where he found a human skull. (Photo by Sutthiwit Chaiyutworakan) 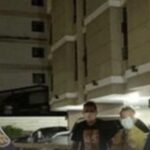 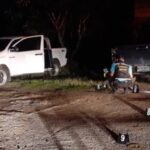