Home » How Whole Grains Could Help Your Liver 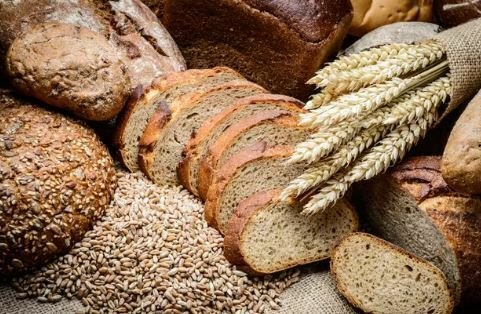 Eating whole grains and cereal may reduce the risk of liver cancer.

That’s according to findings presented here at the annual meeting of the American Association for Cancer Research (AACR).

Eating a diet rich in whole grains and dietary fiber has been linked to numerous health benefits, including a lower risk of insulin resistance, high insulin levels in the blood and inflammation in the body — all of which are risk factors for hepatocellular carcinoma, the most common type of liver cancer. [10 New Ways to Eat Well]

With that in mind, a group of researchers decided to see if there was an association between eating more grains and fiber and the risk of liver cancer. To do so, they used two large U.S. data sets: the Nurses’ Health Study, which began in 1976 and comprised of all women, and the Health Professionals Follow-Up Study, an all-male study that began in 1986.

Every four years or so for up to 32 years, study participants filled out a questionnaire about their dietary habits. During that time span, 141 of the more than 125,000 participants were diagnosed with hepatocellular carcinoma.

“We observed that a higher whole grain intake was associated with lower hepatocellular carcinoma risk,” compared with a lower whole grain intake, senior study author Dr. Xuehong Zhang, an assistant professor of medicine at Harvard Medical School and an associate epidemiologist at Brigham and Women’s Hospital in Boston, said during a talk about the research.

But the researchers also found that certain parts of a whole grain might be associated with a reduced risk, Zhang added.

A whole grain is a seed that is made up of three main parts: The bran, which is the outer layer; the endosperm, which is the middle layer; and the germ, which is the core of the seed. Refined grains, such as white flour, white bread and white rice are whole grains that have been processed to remove the bran and germ.

What’s left — the endosperm — has some proteins and vitamins, however, it’s mostly made up of starchy carbohydrates. The bran and germ, on the other hand, contain important nutrients such as vitamins, minerals, phytochemicals and healthy fats, Zhang said.

Because hepatitis infections are a risk factor for liver cancer, the researchers also examined what happened when they excluded people who had hepatitis from their results and found similar associations.

However, Zhang noted several limitations of the study: the researchers didn’t have hepatitis infection information for some people, and because the data was collected with surveys, the data could have been incorrect.

Furthermore, 95 percent of the study population was white. “Whether the result can be generalizable to other groups requests further investigation,” he said.

The burning truth in Thailand? There’s no excuse for haze