Home » How many are dying from COVID-19 LOCKDOWN RESTRICTIONS? 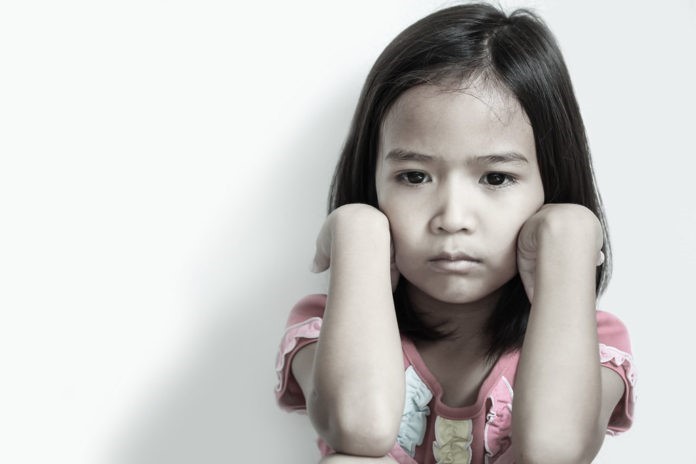 Thailand’s Prime Minister Prayut has implied that an easing of lockdown conditions will be discussed next week, although not necessarily implemented.

‘I have not announced that the restrictions will ease from May 1,’ Gen Prayut said. ‘It is vital to be cautious about making decisions on whether to relax [emergency] restrictions or not.’

‘This decision [to ease restrictions] will come after we have looked at the figures and numbers,’ he added.

In a country where citizens have been, by his own admission, reduced to ‘numbers’ Prayut has, characteristically, not revealed exactly what figures and numbers he is looking at next week.

I hope it has nothing to do with Go Go Bars.

I imagine it is the number of COVID-19 infections and fatalities to date, illustrated by colorful graphs with curvy lines going up and down, possibly drawn in crayon.

But the numbers he should be looking at are of people badly affected by his ill-conceived COVID-19 safety measures.

It should be the number of deaths due to sudden, and dangerous, cold-turkey Alcohol Withdrawal Syndrome, of which there are many.

And the number of deaths or severe illness caused by starvation and malnutrition.

How many people, for example, are killed riding bicycles on the main roads, having had the safe cycle paths in front of them closed?

Because it is safer on the main road isn’t it, with the lorries and the buses. There is no COVID out there – right general…?

But the cycle paths, ohh my Buddha, close them down before there are bodies all over the place.

How many people will be killed as they are chased by his police force after trying to avoid communist style, night-time road blocks, as they sneak home during curfew? One 20-year old man was harried into a river, where he drowned. There have been others too.

How many of the elderly have died in their homes because they can’t afford the bus-fare into town for their life-improving medicines?

What are the crime statistics in the rural countryside where the police dare not patrol but is inhabited by millions who are now out of work, broke and hungry because of an already harmful lockdown?

One Thai man shot his wife dead after she refused him beer money, because it wasn’t allowed.

How many people are now in jail for breaking curfew and when will they be released back into their families?

What are the numbers of unskilled workers with ZERO income over the last two-months?

And how many of them have received the government aid that was promised?

And what are the numbers of people in the queues for free-food in Chiang Mai, Bangkok, Pattaya, Phuket and any of the country’s other affluent places, because they are now starving to death?

What is 10 MILLION people now unemployed worth? Is preventing 100 deaths worth that?

What number is worth 10 million families losing their income?

How are the figures and the numbers looking so far general?

And what are the domestic abuse numbers? Now that you have forced so many people out of work and into their tiny, one-roomed homes full of wives and children.

By that I mean, do you know how many wives and children are now dead?

Or how many are being raped and beaten right now, as you read these lines?

And what are the numbers of children being pimped out or trafficked to help a rural family survive your SAFETY MEASURES?

How many have died waiting for a hospital bed being kept open in case a COVID-19 patient turned up? How many suicides have their been?

How many new crimes have been committed by the 8000 hardened prisoners released so that they don’t contract COVID in their cells?

And how many of these crimes are murders?

And the suicides? Those who have become so desperate they are unable to provide either for themselves or their families anymore, as a result of irrational government COVID panic?

These are the numbers Prayut and his military half-wits should be crunching in an effort to reveal the trade-off between the estimated effects of COVID-19 throughout Thailand and the very real effects of their ludicrous response to the flu-like outbreak.

Just imagine if his team of experts react in the same way during the next Dengue outbreak?

How about H1N1, Zika, Swine Flu, Chicken Pox, Rubella or any of the other viral infections that lurk about every year.

So, of course it would be a fine idea to have a graph showing the ‘figures and numbers’ of people who have actually died from COVID-19.

But do you think any of those listed above really cares..?

Show us a graph with the ‘figures and numbers’ of people who have actually died or suffered terribly as a result of the lockdown, curfew and safety measures instead.

I am no expert, but it seems to me that willfully crashing a country’s economy and exposing tens of millions to starvation or worse, is no way to react to a viral outbreak.

Do African nations slam-shut their countries and create famine every mosquito season? Yet Malaria is an infection caught by 200300 MILLION people every single year, killing at least 400,000 in the process.

And mosquitos are outside, on the cycle paths, in the bars and restaurants, on the trains, buses and beaches.

They are inside too and everybody is at risk, all the time.

But they don’t shut their economies down and throw millions of healthy people into poverty and desperation – just in case one of them should run into an infected mosquito.

One thing we can be sure about, if and when this is all over, is that Prayut and his appointed provincial governors will tell us all that we only managed to survive COVID-19 because of the strict measures they thoughtfully applied.

Aren’t we lucky to have them looking after us? Just spare a thought for all those who have died, and are yet to die, as a result of their safety measures, so that we might survive the flu 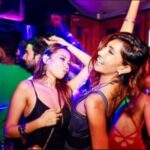 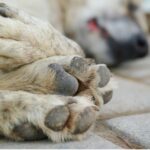 Woman in Thailand disappears, leaving dogs at home to starve to death