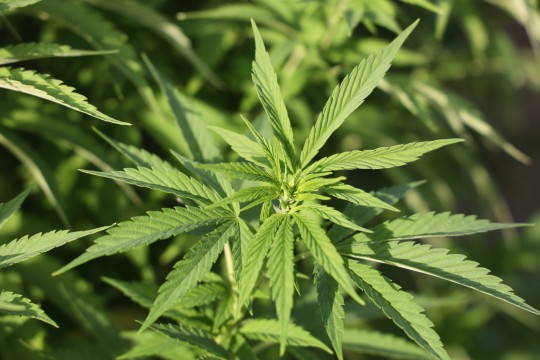 Scientists and industry insiders have hailed hemp’s potential as an unlikely tool in the fight against climate change.

Experts are increasingly optimistic that the ‘world’s most versatile natural product’ can supercharge efforts to avoid environmental meltdown.

When farmed on a large scale, it is hoped that its natural properties and the potential for it to save land and water can benefit farmers, alongside ‘decarbonising’ industries through an array of hemp products.

Speaking exclusively to Metro.co.uk, the director of Oxford University’s Environmental Change Institute claimed ‘there is good reason to by hyped’ about the cannabis plant.

Dr Michael Obersteiner said: ‘It might turn out to be a land-saving crop in the sense that you would need more land to produce the same amount of protein, oil, biomass if produced by separate specialized crops.

‘The land saving would spare the expansion of cropland into forests. This will create substantial emission savings.’

There are also hopes that the plant can improve soil yields and absorb significant amounts of carbon, while the British Hemp Alliance (BHA) say it can provide a host of other environmental benefits, too.

BHA managing director and co-founder Rebekah Shaman explained: ‘(Hemp) has wide-ranging applications, which include construction materials, biodegradable plastics, and uses in the automotive and aerospace industries.’

People working in the sector believe the plant has been underused and overlooked partly because of the stigma around marijuana, another form of cannabis plant used as a drug.

She added: ‘It is the world’s most versatile natural product, potentially replacing wood, cotton, and all petroleum-based products.

‘Compared to cotton – that requires about 1,400 gallons of water for every pound of produce – hemp requires half that, or even less, and yet produces 200-250% more fibre on the same amount of land.’

But Metro.co.uk has been told by organisers of the COP26 climate summit that it turned down a hemp group’s bid to be involved in the UK event this year, amid some 4,000 ‘expressions of interest’ from various organisations.

There are some doubts about the amount of carbon hemp can retain and experts are cautious about talking up its environmental benefits too much, particularly if it does not become more widely used.

Dr Phillip Williamson, an honorary reader in UEA’s School of Environmental Sciences, said comparing its carbon absorption to other plants was ‘not very meaningful’ in a ‘climate solution’ context.

He said: ‘A field of wheat or cabbages might absorb 10 times more carbon than the neighbouring woodland. So what?

‘For nearly all agricultural crops, the carbon will relatively rapidly be recycled – through processes of decomposition and decay, releasing the carbon back to the atmosphere.’

But Jamie Bartley, the CEO of Unyte Hemp, says hemp could grow successfully ‘anywhere in the UK’ and is very hopeful about it absorbing far more carbon than other plants – a position echoed by an April Campaign for UK Hemp report.

‘There definitely are opportunities here’, he explained, suggesting it could be more cost-effective for producers than current alternatives.

‘In particular, potential use of the fibres in composite building materials… would provide the long-term storage (more than 50 years) that is needed to take the carbon out of circulation.’

But he warned against seeing the plant as ‘the solution’ and called for it to be viewed as one tool among many to battle the climate crisis – a view emphasised by the vast majority of climate scientists, who have urged governments to combine various tactics.

Yet land use is seen as a key way of limiting global temperature rises and Oxford University’s Dr Obersteiner believes hemp can be part of the solution.

He said: ‘The land productivity measured in protein or oil per hectar are comparable to near competitor crops, but given the fact that hemp co-produces in addition a lot of biomass that can be used for textile production, construction material, pulping and speciality chemicals make it a really interesting crop.

‘The multi-use also creates an additional internal financial “insurance” effect in the sense that if protein prices are low then a higher fibre price could compensate and generate a stable profit for the farmer.’

He noted that the crop needs relatively few ‘inputs’ like fertilizer to be productive and branded hemp seeds a ‘superfood’ which can substitute for animal-based proteins.

Nathaniel Loxley, a director of the BHA and Vitality Hemp Limited, added that British farmers using hemp would ‘benefit from better soil health, being huge carbon sinks and the potential for increased biodiversity net gains.’

Metro.co.uk contacted the Department for Environment, Food and Rural Affairs and COP26 for comment. 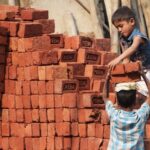 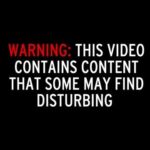 Video Man dies after men ‘slash each other with giant blades