The House committee vetting the Civil Partnership Bill decided today (Wednesday) to amend the bill to make it possible for same-sex couples who are both foreigners to register their partnership in Thailand, instead of one of them having to be a Thai national.

Spokesperson for the House scrutiny panel, Thanikarn Pornpongsarote, said that the committee decided to scrap the entire Section 8 of the bill, which stipulates that one of the same-sex couples who are eligible to register their partnership here must be a Thai national.

The deletion of the clause means that the door is open for same-sex couples who are both non-Thais to register their union, which can help boost tourism, said Thanikarn.

She disclosed that some religious leaders had earlier raised concerns about this bill and observations were also raised by the Council of State, but the House scrutiny committee has made its decision today.

The Civil Partnership Bill was proposed by the Ministry of Justice to allow same-sex couples to register their partnerships. The bill also introduces amendments to the Civil and Commercial codes, which will give them almost the same rights as straight couples.

The civil partners may adopt children, secure inheritance and engage in the joint management of assets. The bill also includes rules on separations. But the union is still not legally recognised as a marriage.

The other bill, the Marriage Equality Bill, proposed by the Move Forward party, was also endorsed in its first reading by the Lower House on the same day, June 15th.

The bill allows marriage registration, regardless of gender. It proposes a change of terminology, by defining marriage as a union between a person and another person, instead of between a man and a woman, and uses the term of spouse, instead of husband and wife. 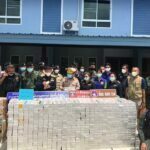 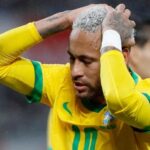