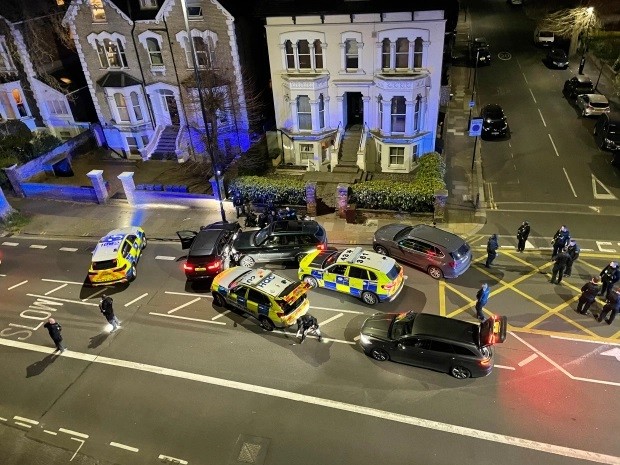 A SUSPECT was arrested in a swoop 100 miles from a country mansion where a hotelier worth £300 million was stabbed to death.

Sir Richard Lexington Sutton, one of Britain’s richest men, was fatally attacked while his wife Anne Schreiber, 65, also suffered knife wounds and was left in a “critical” condition in hospital.

Three hours after the shocking killing in Dorset, police deployed a dramatic “hard stop” 100 miles away in West London to pull over a Range Rover it had been tracking across five counties.

A 34-year-old man was arrested on suspicion of murder and police later confirmed he was known to the victim.

The Sun understands he was living with the couple.

He was taken to hospital with injuries which were not believed to be life-threatening.

Sir Richard, a baronet described as “a charming country gentleman”,   owned a huge portfolio of property across the country, including two Park Lane hotels.

A woman who worked for Sir Richard Sutton Limited told The Sun: “What’s happened is worse than anything on Midsomer Murders.  It’s an absolute tragedy.”

On Wednesday evening police dashed to their estate in the tiny hamlet of Higher Langham, near Gillingham, Dorset, after a call from a concerned member of the public.

They found Sir Richard with fatal knife wounds and he was later pronounced dead at the scene.

His injuries were reportedly so bad that police officers initially believed he had been shot, The Times understands.

The hotelier’s Danish second wife Anne, a physiotherapist, was airlifted to the Southmead Hospital in Bristol.

Meanwhile, the suspect had fled in a Range Rover, triggering a police operation involving six forces.

The car was tracked after it left Dorset then sped across Wiltshire, Hampshire, Berkshire and Surrey.

Helicopters were also scrambled as the car made its way at high speed towards London.

A team of crack SCO19 firearms officers in an armed response vehicle then moved in on it at 10.30pm in Hammersmith.

They swung in front of the Range Rover, forcing it to stop.

Officers ripped open the driver’s door and pulled him from the vehicle. They then had to carry out immediate first-aid on him as an ambulance was called.

The Met Police said: “When they approached the vehicle, officers discovered that the lone male occupant had sustained a number of serious injuries.”

Dramatic pictures also showed serious damage to vehicles and a knife on the ground next to a pair of boots and jeans.

Dorset Police said the man was known to the mega-wealthy victims.

An eyewitness, Maureen Kane, 50, who was at home when the incident occurred, claims up to 40 “armed” police officers swarmed the area.

Maureen said: “I just heard a loud screech of cars swerving and then crash sounds.

“Then I looked out of my window and saw lots of armed police jumping on top of a car and aiming guns at a man and all around his car.

“He was a white male in his 30s and seemed to be injured – it looked pretty bad – but I’m not sure if he was injured in a crash.

“He was naked as they ripped his clothes off and pulled him out of the car.

“I was scared as I thought it was a terrorist and there were so many police officer with guns.

“About 10 policemen surrounded him until an ambulance arrived.”

Paramedics attempted to treat the man, who was was “clearly in some distress”, an eyewitness told MailOnline.

The eyewitness said: “They cut his clothes off, his shirt and trousers, and then wrapped him in a silver foil wrap as they administered first aid.

“I saw an officer go to the back of the X5 and bring out what looked like a defibrillator. The ambulances showed up a short while later.

‘The paramedics took over the medical treatment.

“The driver of the Range Rover appeared to be conscious as the officers were talking to him and I could see him move slightly.

“After maybe an hour to 90-minutes he was placed on a stretcher with an oxygen mask over his mouth and placed in the back of one of the ambulances.

“I could see a senior officer briefing his officers afterwards.I heard him say “five stab wounds” which I took to be the injuries of the driver they’d stopped.”

Police are probing if the suspect visiting his father’s grave earlier that day sparked a breakdown, The Times understands.

He inherited his title and estate in 1981 and was 435th on the Sunday Times’ Rich List.

Ms Schreiber is believed to have three children, two daughters and one son, and runs The London Road clinic in Sherborne, Dorset, which provides osteopathy, physiotherapy and counselling.

One of her colleagues at the clinic today answered “no comment” to questions about her condition.

Sir Richard married his first wife Fiamma Sutton in 1959 before they divorced. They had two children, David, 61, and Caroline, 55, and five grandchildren.

He later married Anne who has three children from a previous relationship — daughters Louisa, 39, Rose, 35, and son Thomas, 34.

Sir Richard had bought his Moorhill country estate in Dorset in  2014 for £1.4million.

One murder is shocking but a double murder would be chillingSimon Hoare, MP For North Dorset

He has owned a huge portfolio of property, farms and hotels across the country, including the five-star Sheraton Grand on London’s swanky Park Laneand the Athenaeum in Mayfair.

The millionaire had a sprawling property empire and 7,000 acres of land, is said to be more than the amount owned by the Ministry of Defence.

One local resident said Sir Richard was a long-term resident of Higher Langham, but “was a private person who did not engage much” with the tiny community of around 200 people.

SIR Richard Lexington Sutton owned a huge swathe of land across the country as well as a hotel empire.

He and his family boasted close to 7,000 acres — more than double that owned by the Ministry of Defence.

His flagship hotels were the Sheraton Grand and the Athenaeum, both on London’s prestigious Piccadilly.

His Settled Estates bought the leasehold on the five-star Sheraton in 2014. The following year it was given a multi-million-pound refit.

Another of his firms owns a large farming estate in the Lincolnshire Wolds and 1,800 acres with livestock and arable crops around Stockcross, Berks.

One of the village’s pubs, The Lord Lyon, was named after a Sutton family horse that in 1866 won racing’s Triple Crown — the Derby, St Leger and 2,000 Guineas.

He bought his home — the Moorhill country estate near Gillingham, Dorset — in 2014 for £1.4million.

The baronet’s family title dates back to the time of King James I.

“Sir Richard was a caring, generous and warm family man, who genuinely regarded those who worked for him as part of his extended family.

“Sir Richard was passionately devoted to both his company and its people, setting the highest and standards for quality  in the hotels, farming and property interests within the group.

“His loss will be felt by everyone within the company, those who worked with him, and his family who have lost an incredible individual.

“Our thoughts are with the Sutton family at this tragic time.”

The local MP Simon Hoare, who knew Sir Richard well, today paid tribute to the landowner who he said was a “country gentleman”.

The Conservative MP for North Dorset described the incident as “deeply awful” and said he received a “full briefing” on it from police today.

If you wanted to conjure up a picture of a country gentleman then that was him.”Local MP Simon Hoare

Mr Hoare MP, 51, said: “He was a charming man, he had a very good sense of humour, he was politically astute and genial.

“If you wanted to conjure up a picture of a country gentleman then that was him.

“It is a huge loss for his family in what is clearly deeply awful circumstances.”

“Based on what I have been told by the police there is cause for shock and sadness but no cause or reason for alarm.”

The politician added that he is hoping medics are able to help save the injured woman in her 60s as “one murder is shocking but a double murder would be chilling”.

Today three police vans were seen at the entrance to a long drive which leads to the remote property, while forensics officers were observed
inside.

A neighbour said: “The Suttons live there. They have two grown up children and grandchildren.

“It is just awful. You would never imagine something like this could happen. They are lovely people.”

A local farmer said: “I saw a search helicopter with a spotlight overhead last night and then an air ambulance landed.

“The people who live there is an old English gentry landowner and his wife.”

Their family has been informed and the Dorset coroner has been notified of the death.

Detective Inspector Simon Huxter, of Dorset Police’s Major Crime Investigation Team, said: “Our thoughts are with the family of the man who sadly died and the injured woman at this extremely difficult time and they are being supported by specially-trained officers.

“We will be carrying out a full investigation to establish exactly what happened at the address in Higher Langham and I would appeal to anyone who saw or heard anything suspicious in the area on the evening of April 7 to please contact us.

“A cordon remains in place at the address and there will continue to be a heavy police presence in the vicinity as we carry out enquiries. Officers can be approached by members of the public with any information or concerns.” 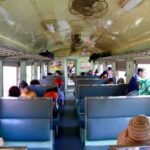 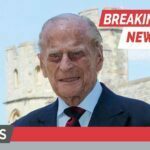 Prince Philip, The Duke of Edinburgh, has died