The animated fantasy comedy, whose voice cast includes Adam Sandler and Selena Gomez, follows Count Dracula and his family as they get away from their hotel for their own vacation.

It swatted away last week’s number one, “Ant-Man and the Wasp,” in at second with takings of $28.8 million over the three-day weekend, according to industry tracker Exhibitor Relations.

The 20th release in Disney’s Marvel Cinematic Universe sees ex-con Scott Lang (Paul Rudd) languishing under house arrest in San Francisco after being caught, as his shrinkable superhero alter-ego, fighting some of the other Avengers in “Captain America: Civil War” (2016).

Packed with action, it sees Dwayne “The Rock” Johnson star as an ex-FBI agent who has to rescue his family from the newly built tallest skyscraper in the world, after terrorists set it ablaze.

In at fourth was “Incredibles 2,” dropping one place with takings of $16.2 million. After earning $28.4 million last week, it pushed past Pixar stablemate “Finding Dory” (2016) as the top-grossing animated film of all time.

The movie, which has raked in more than $1 billion globally, sees Chris Pratt and Bryce Dallas Howard struggle to contain dinosaurs rescued from a tropical Pacific island and sheltered temporarily at a California mansion. 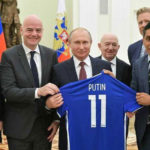 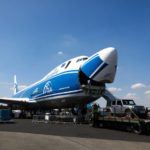