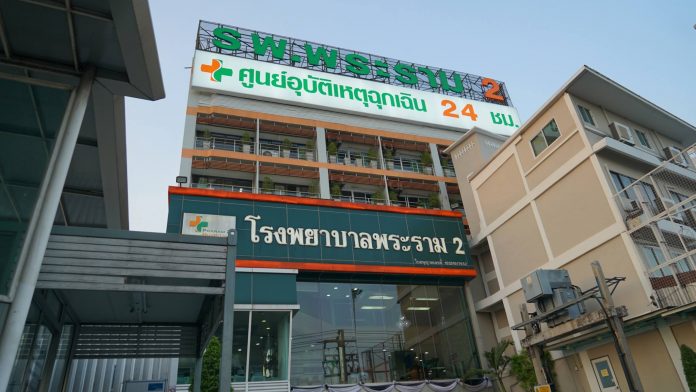 Praram 2 Hospital admins face criminal prosecution over substandard services after it was accused of refusing to treat a patient whose daughter said her face was melting from acid poured on her head.

Nattawuth Prasertsiripong, director general of the Health Ministry’s Health Service Support Department, said an initial investigation found the hospital guilty on counts related to the death of Chorladda Tarawan, who suffered a severe acid burn for which her husband has been arrested.

He declined to elaborate on the details, saying only that the full results are expected this week.

“There are some serious violations that come with high penalties,” he said. “We still can’t tell the public because they still need to be reviewed by the investigative committee.”

He only said that the hospital executives face fines and jail time for failing to maintain standards. The ministry’s probe results will be handed over to the police when concluded.

Chorladda, 38, died at Bangmod Hospital on Saturday after her 12-year-old daughter says they were turned away from the emergency room at Praram 2. Chorladda was splashed with soldering acid by her husband Kamtan Singhanat in her sleep.

In the most recent in a series of shifting accounts, the hospital said in a statement Monday that Chorladda was only scalded with hot water and refused treatment so she could go to another hospital where she could use her public health benefits. Her daughter Techinee Tarawan, who had taken her mother to the hospital, said she begged nurses to admit Chorladda only to be turned away. They went to Bangmod Hospital by taxi where Chorladda was soon pronounced dead.

He said security camera footage shows Praram 2 staff rendered first aid to Chorladda, but further review is needed to see if her condition upon arrival and departure are consistent with the hospitals’ statements.

The victim’s family however is not eligible for state compensation as Praram 2 Hospital is privately owned, Nattawuth said.

Founded in 1994, the hospital is operated by the Praram 2 Medical Group, which also owns a number of medical clinics in the capital.

Nattawuth said the hospital also faces investigation regarding the standards of its facilities which could cost its license.