Home » The HORRORS of plastic pollution in the Asian seas 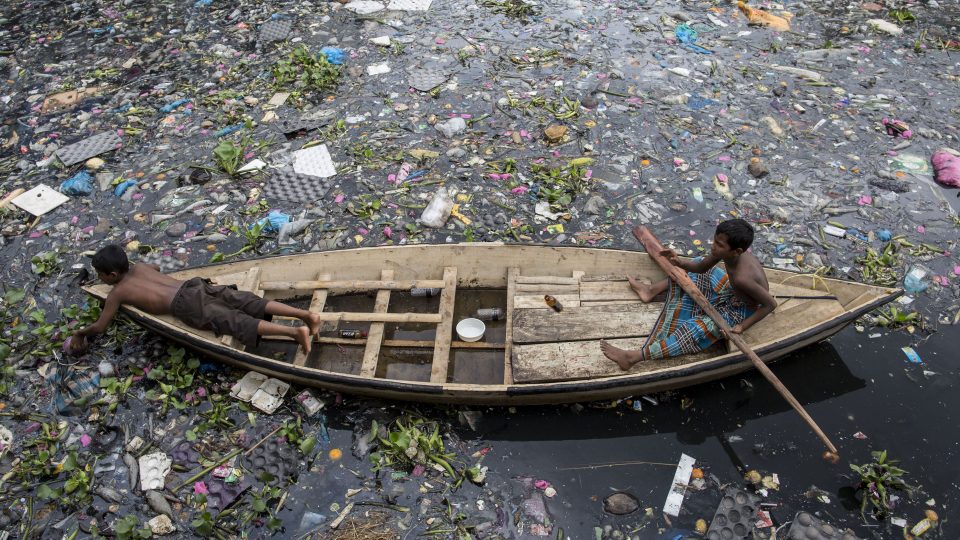 Woman highlights the horrors of plastic pollution as she pulls packaging, wrappers and even a SPOON from a fish’s stomach as she prepares to cook it in Indonesia.

A woman has revealed the horrifying amount of plastic she found inside the stomach of a fish as it was being prepared for a meal in Indonesia.

Anna Nurjanah captured the disturbing footage in the province of West Java after she bought the mahi-mahi fish from a market in the south of the island back in May.

Anna said that her home helper had been preparing the fish when he called her over to inspect the contents of its stomach, after noticing the organ looked strange.

Inside, the pair were horrified to find eight items of plastic – including an intact spoon and the wrapper from a candy bar.

Also found inside the fish was a deodoriser cap, a long plastic strap, and various other smaller pieces of plastic.

Anna, a housewife an environmental campaigner, posted the video to her Instagram account Volunteersindo back in June, where it went viral.

Speaking to local site Detik about the moment the plastic was discovered, she said: ‘My household assistant called me, “ma’am”, he said “there is something in the belly of the fish”.

‘When I checked, it turned out there was a candy wrapper, when I looked again there was a plastic spoon and other things.’

Mahi-mahi are a common fish found in waters around the equator. They are surface-dwelling predators that feed on algae floating on the water’s surface, as well as other small fish.

Because they are largely indiscriminate feeders, mahi-mahi are particularly susceptible to ingesting plastic after mistaking it for food.

Fish struggle to break down plastic in their stomachs, which causes them to become full, meaning the fish starve to death. The blockages can also cause fatal infections.

A 2017 study by The Ocean Cleanup Foundation estimated that between 1.15million and 2.41million tonnes of plastic waste enters the oceans every year, 67 per cent of which is washed there from rivers in Asia.

Plastic is particularly dangerous because it takes hundreds of years to degrade, and does so by breaking into smaller and smaller pieces.

These pieces accumulate over time, and are consumed by wildlife.