Homeless man beaten: A homeless man was bludgeoned with a glass bottle after he refused a request to bum a cigarette off him.

The unidentified man in his late 30s suffered cuts and bruises to the head in the Jan. 9 attack at Lan Po Public Park. He was treated at Banglamung Hospital.

Police arrested one of the two alleged attackers, identified only as Pong. The suspect told police his uncle had tried to bum a cigarette off the homeless man, who refused and insulted him for asking a poor person for cigarettes.

The uncle didn’t take kindly to being dressed down and hit the victim with a bottle, shattering it.

Police are now looking for Pong’s uncle and holding the suspect as an accomplice. 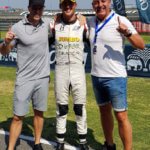