The New Year holiday plans of hundreds of people have been spoilt with the announcement Star Cruises is cancelling its new routes in the Gulf of Thailand, operating out of Laem Chabang port, only one month after they were launched.

The service uses the liner SuperStar Gemini, which can accommodate up to 1,530 passengers. However on Dec 18, the company sent a letter to its representative in Thailand, Superstar Vacation, advising that the operation would cease on Jan 1. The reason given was that the ship had been hired for charter trips from Taiwan instead.

The company did not indicate if it would resume the routes from Laem Chabang port, where its service licence expires in April next year. The announcement spoiled the holiday mood of its Thai customers. Bangkokian Siriluk Leosomboon, the first-time customer of Star Cruises, said she fully paid for a package for three people as soon as she learned Star Cruises would operate from Laem Chabang. Their journey was to start on Jan 5, but they recently received a call from Noom Sao Tour, who offered the Star Cruises’ packages, and informed he trip would be cancelled.

“This is unacceptable. I had never thought that a big company like Star Cruises woud choose to ruin its reputation and to abandon its Thai customers to charter the service to Taiwan,” she said. Their plans for the New Year holiday were completely ruined. The Bangkok Post tried to contact executives of Noom Sao Tour and Quality Express, which also offered the Star Cruises packages. They were not available for comment.

A representative of Star Cruises said it would accept all the responsibility and give customers a full refund  within 45 days. Those who still want to take a cruise can choose to change their travel time to before the end of December or change from Laem Chabang and depart either from Phuket, Hong Kong or Singapore. “We understand that some customers will be disappointed. We try to do our best and to accept  responsibility,” said a company employee, who declined to be named. Source: Bangkok Post 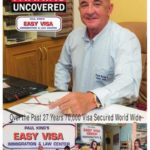