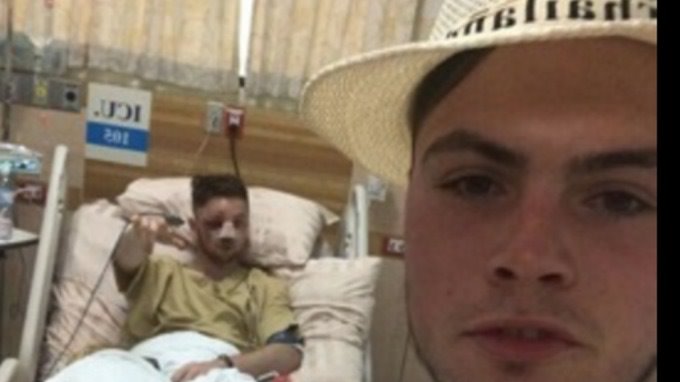 A Wigton man has suffered multiple injuries after falling down an 80 meter stretch of waterfall in Thailand.

Twenty-year-old Luke Scott was with friends when he slipped and fell, suffering a fractured skull and broke his ankle, jaw, eye socket, and cheekbone along with several ribs.

He has been flown to a hospital in Bangkok and his family are waiting to see when he can be flown back to the UK.

Luke, a welder with Cumbria Profiling Ltd, was on holiday with his five friends visiting the famous Na Muang waterfalls when he slipped and fell head first.

He has now been flown to Bangkok and his worried parents are waiting to see when medics will authorise him being flown back to the UK.

The first his mother, Karen, knew about the incident was when her daughter Demi rang her at work to say: “How can I find Luke’s travel insurance? He’s had a fall.”

It was only later that Karen learned how much of her fall her son had endured.

“It’s such a worry with him being so far away,” she said, adding: “He must have landed on his face and it’s a miracle he survived, but he’s made of tough stuff.”

Karen and her husband Andrew have been able to be in contact with Luke in Thailand.

He told them about the moment he slipped on the rock and said: “I thought I was going to die.”

Luke is being supported in hospital by his close friend Harvey Hughes is hoping to fly with him back to the UK once he has medical clearance.

It was their first holiday abroad together and Harvey has been able to send ITV Border pictures tell the story of Luke’s miracle escape.

Two years ago a 24-year-old Newcastle man slipped and died at the same waterfalls. 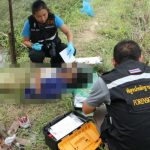 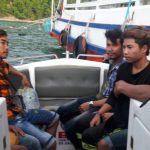