Three Hmong men were arrested in the Sam Ngao district of Tak province allegedly along with 2.1 million meth-amphetamine pills or “yaba”, which they had transported from Chiang Rai to Central Thailand, Deputy National Police Commissioner Pol General Chalermkiat Srivorakan told a press conference in Chiang Mai on Sunday.

The men were identified as Mangkorn Pisusirikul, 31, Anusorn Saeyang, 27, and Sua Saeyang, 41. They were charged with having narcotics in their possession. Officers seized from them a large batch of 2.1 million “yaba” pills that was hidden in a pickup truck they drove in Tambon Yokkrabat in Sam Ngao on November 9, Chalermkiat said.

The latest bust brought the quantity of yaba seized by police in various separate crackdowns in the northern provinces under the Provincial Police Region 5 Office’s jurisdiction so far this month to 40 million pills, he said. He vowed police would continue to suppress drug traffickers and would seize their assets. 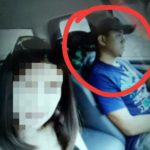