Home » Historical drawings will be destroyed in Phang Nga cave.

Songyod Nakrit the village leader in Tum Nam Put, Phang Nga province reported that there is are ancient drawings that are damaged in an ancient cave at the Kao Toy – Kao Nang mountain located only 1 kilometer away from the Phang Nga city. 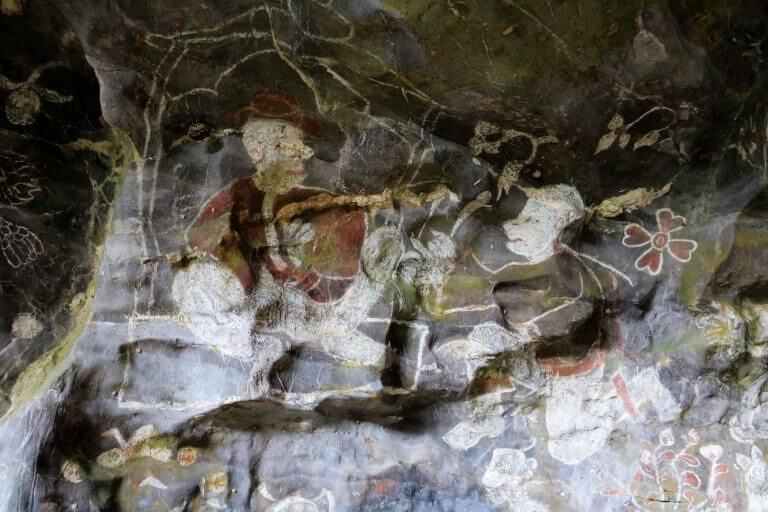 The ancient drawings have been damaged by bad people that have stolen pieces off of the stone wall. The villagers believe that the pieces of stone are to be used in the creation of amulets. These amulets may have to do with religious beliefs or other beliefs such as black magic. The ancient drawings are slowly being destroyed by these people and the day will come where the drawings will only be a part of history if nothing is done about the issue. 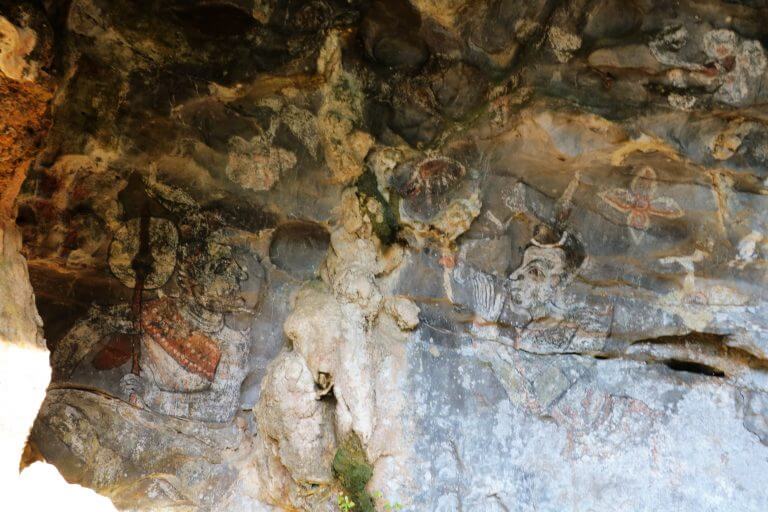 Songyod stated that in the past there have been attempts to have the cave declared as a historical sight attraction but the Forest Department has not allowed this to happen yet as the cave is located in a National Forest Park. The villagers come once in a while to clean out the cave. They are trying to ask for permission from the Forest Department to at least build a wall around the ancient cave drawings to protect the historical evidence for the future generations to see.

It is believed that an ancient monk used to live in the cave and is the one who drew the ancient drawings onto the stone walls of the cave. The drawings tell religious events and the story of tales that have happened in the cave from many different happenings throughout the years, telling the history of the cave and the village through the pictures on the walls.

There have been historians that have commented that these drawings were made during the early Rattanakosin period by artists at the time either from the Central Region of Thailand or the South of Thailand who is experts in Thai art as the lines shown are very similar to the historical drawings from the South of Thailand. The stories also tell religious tales and the daily life at the time, including the displays of traditional clothing, animals, flowers, Thai performance arts, and a picture of Chinese businessmen who traveled into Thailand at the time. Most of These Chinese men had three long ponytails that reached their back along with Thai descriptions of life back in the day.

Driving a bicycle drunk? You now face a whopping 500 baht fine in Thailand.