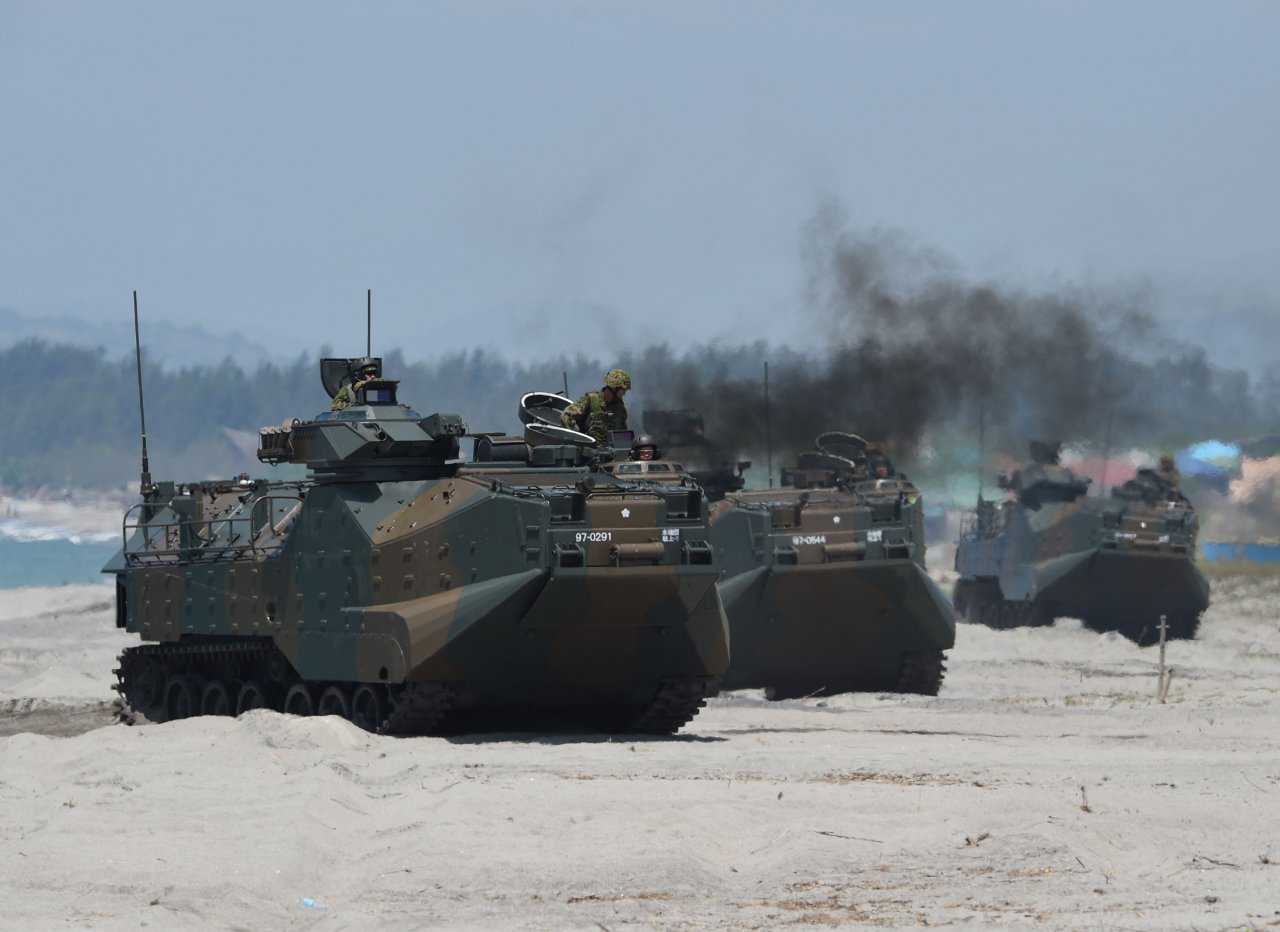 The small Japanese contingent played a humanitarian support role in the drill after US and Filipino marines made an amphibious landing to retake Philippine territory from a “terrorist” group.

Fifty unarmed Japanese soldiers in camouflage marched behind their four armoured vehicles and picked up Filipino and American troops playing the role of wounded combatants while moving inland over sand and sparse bushland.

“Our purpose is to improve our operational capability and this is a very good opportunity for us to improve our humanitarian assistance and disaster relief training,” Inoue said, adding Japan was not involved in the drill’s combat component.

The exercise was held at a Philippine navy base facing the South China Sea some 250 kilometres (155 miles) from the Scarborough Shoal, a territory claimed by Manila that was seized by China during a 2012 naval stand-off.

The Philippines has since ramped up military cooperation with Washington, its long-time ally, and also held joint naval exercises with Japan near Scarborough Shoal in 2015.

Japan has its own maritime territorial dispute with Beijing in the East China Sea.

The US military stressed that Saturday’s exercise was not aimed at China, which has also built artificial islands on disputed areas of the South China Sea and installed military facilities on them.

“It has nothing to do with a foreign nation or any sort of foreign army. This is exclusively counter-terrorism within the Philippines,” US Marine communications officer First Lieutenant Zack Doherty told AFP.

About 150 US, Filipino and Japanese troops took part in Saturday’s landing, Doherty added. 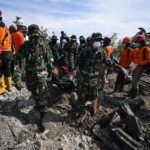