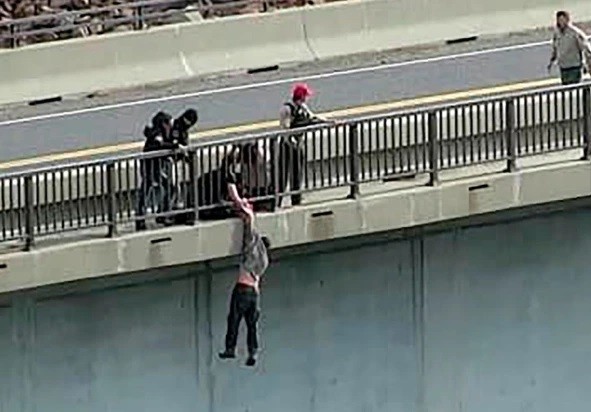 Jaw-dropping moment a hero cop saves a man about to jump off a bridge by grabbing his arm.

The shocking images show the man dangling 150ft above the New Melones Lake in California while the sheriff’s deputy is trying to pull him over the railing.

The incident took place in Vallecito, California on Monday, when a suicidal man attempted to jump off the Sierra Nevada bridge but luckily he was pulled to safety.

As the Tuolomne County Sheriff’s Office received a report that a man had threatened to jump off a local bridge, agencies began to scour the area around the two bridges in Sierra Nevada.

During the search, the man’s car was located near the Parrotts Ferry bridge.

A few hours later a boat patrol and deputies from Tuolomne and Calaveras County sheriff’s offices began another search.

The man was found standing on the bridge.

The authorities said they talked to him for about ten minutes but then he climbed over the railing and tried to jump. 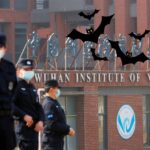 WHO probe finds Covid did NOT start in Wuhan 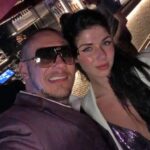