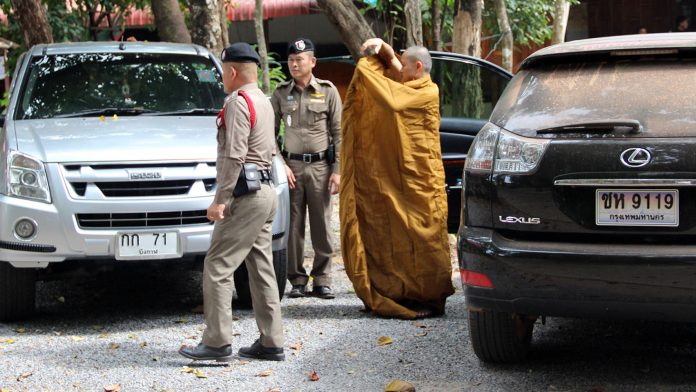 An ascetic forest hermit on Thursday denied police allegations that he raped and impregnated his teenage daughter.

Paiboon, 45, the head hermit of a monastery in Bueng Kan city, was charged with sexual assault of a minor Wednesday after his ex-wife told the police he repeatedly assaulted their 15-year-old daughter until she was pregnant.

Paiboon says he is innocent. During a ceremony to defrock him on Thursday, the suspect also refused to chant the phrase that would confirm his exit from monkhood.

“I refused to leave the monkhood because I’m innocent,” Paiboon said, “I didn’t rape my daughter as my ex-wife is saying. If someone does that to their very own daughter, that person is worse than a dog.”

According to the victim’s diary shown to the media by her family, the girl said she was assaulted by her father for at least three times over a period of one year, but she had to keep it a secret as his father had threatened to beat her and declare her a sinner if she told anyone about it.

The family did file a criminal complaint to the police on Oct. 27. They said the girl was acting unusual after she came back from visiting her father at the monastery. The girl reportedly confessed to the family and police that she had been raped by her father.

Medical diagnosis showed she was one month pregnant, police said.

Sexually assaulting someone under 15 is punishable by 15 years in jail and a fine up to 30,000 baht. The punishment increases by a third if the crime is committed by close family members, like parents.

It’s latest case involving holy men and sexual assault to hit the Buddhist faith in recent months. In September, an abbot confessed to raping an 18-year-old girl before offering to pay her family 150,000 baht in return for them to withdraw the case, which the family agreed.

Hermit sages, or ruu see, spend their time meditating in the forest, developing their mystic arts, communicating with animals, creating natural remedies, imbuing artifacts and teaching devotees. The mystics considered themselves to be part of Buddhism and most of them were ordained into the monkhood. 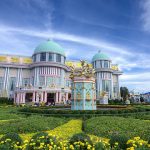 Poultry tycoon ordered to pull down part of Pattaya estate 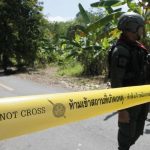