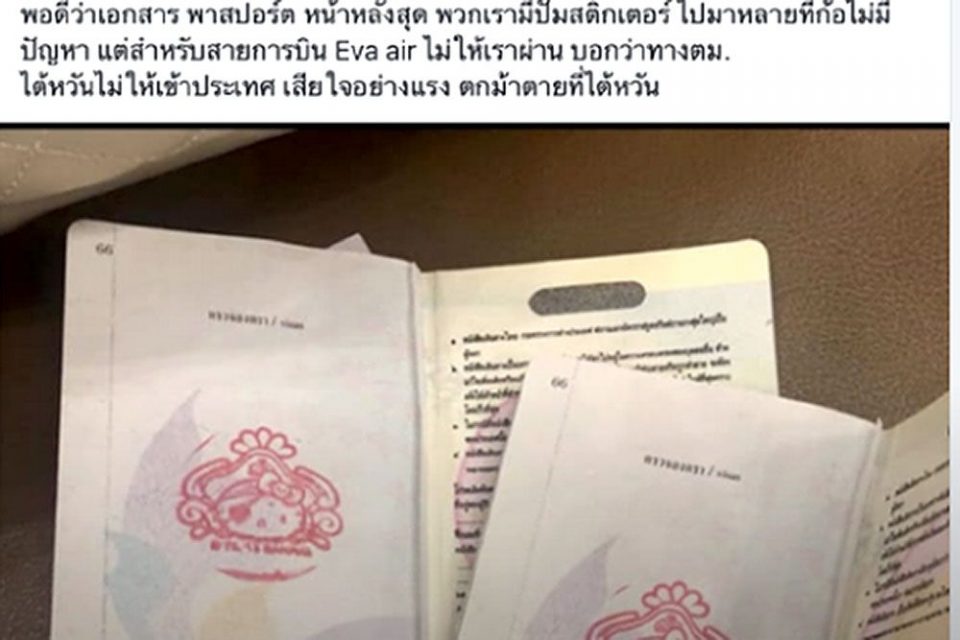 A woman went online to advise fellow Thai nationals not to decorate their passports with pink Hello Kitty stamps because Taiwan will not let you in.

She posted photos of three defaced passports after an airline barred the holders from boarding the plane this weekend, and refused to budge even after they argued that they had travelled to plenty of other countries with the Hello Kitty stamp.

It was unclear whether the passport holders were adults or children.

Netizens related similar stories about Taiwan – apparently there is no way Taiwan will let you in if you have cartoon stamps on your passport.

Many netizens also pointed out that a passport is a document issued by the government – deface it at your peril.