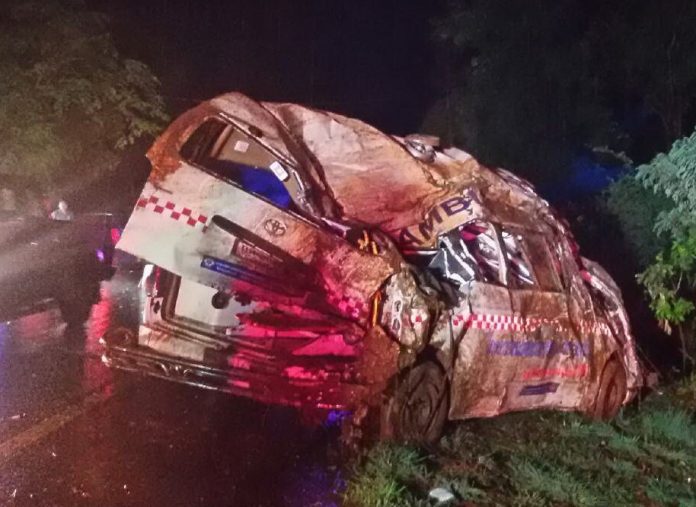 The Ministry of Public Health on Friday said a speed limit of 80 kmph for ambulances is an appropriate measure to promote safety.

Ministry secretary Prapon Tangsrikertikul said the cap will reduce accidents caused by speeding. The regulation will only be applied to ambulances used to transport patients, while ambulances responding to emergency calls are exempted.

“We came up with this policy because there’s a backlog of data on accidents,” Prapon explained. “Sometimes they drive ambulances as fast as 130 kmph.”

Prapong spoke a day after the ministry revived a measure preventing ambulances from exceeding a speed limit of 80 kmph. The rule was first enacted back in 2015, but it appears to have been largely ignored.

The ministry also instructed ambulances to be protected by premium insurance and prohibited running red lights.

The news immediately sparked debate on social media over whether the speedcap will itself compromise the saving of lives. Some representatives of rescue worker foundations, which routinely respond to accidents and other medical emergencies across the country, were among those to voice concerns over the speed cap.

“Executives of the Ministry of Public Health should see how many ambulances get into accidents each year, and evaluate the causes,” Chavalit Rattanasutthikul, a rescue worker in Prachuap Khiri Khan province, said today. “At the same time, they should consider the fact that ambulances rescue over a million patients each year in a timely and safe manner.”

But ministry secretary Prapon responded that the concerns are misplaced because ambulances operated by rescue workers are not affected by the rule. The policy only seeks to regulate state-owned ambulances, he said.

“This policy is only focused on cases where patients are transported from one hospital to another in the same network,” Prapon explained.

“The issue might have been caused by unclear communication,” he added.

The truth about expired food: how best-before dates create a waste mountain

386 DIE DURING ‘7 DANGEROUS DAYS’ OF SONGKRAN