Thai Public Health Minister Anutin Charnvirakul told members of parliament today (Thursday) that liberalisation of cannabis remains the government’s policy, but there are controls to prevent its non-medical use.

Responding to an interpellation, raised by Supachai Jaisamut, a member of the Bhumjaithai Party, Anutin, who is also leader of the party, insisted that the Bill to decriminalise the plant and to treat cannabis as a controlled herb was not decided upon by the Public Health Ministry alone, but that it has been through the screening process using scientific evidence confirming its merits and demerits.

He also said that the Bill does not belong to the Bhumjaithai Party, but was endorsed by the House Scrutiny Committee, which contains representation from government and opposition parties.

Anutin explained that the Public Health Ministry has issued an edict, already in force, to control the non-medical use of cannabis, such bans on smoking it or its extracts in public, sale through vending machines, the sale of cannabis to minors and pregnant women and tight control on cannabis buds.

He warned that restoring cannabis to the Category 5 list of narcotics would be a lost opportunity to turn the plant into an economic crop, which would generate income for rural communities and the development of the crop as medicinal or health products.

The Cannabis Bill has passed its first reading in the House and has been endorsed by the House Scrutiny Committee. It is due to be debated in the House for its second and final readings in this parliamentary session.

The Bill is, however, expected to face strong resistance from opposition parties and the Democrat Party, one of the coalition partners. 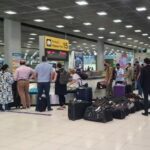 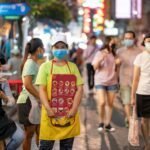