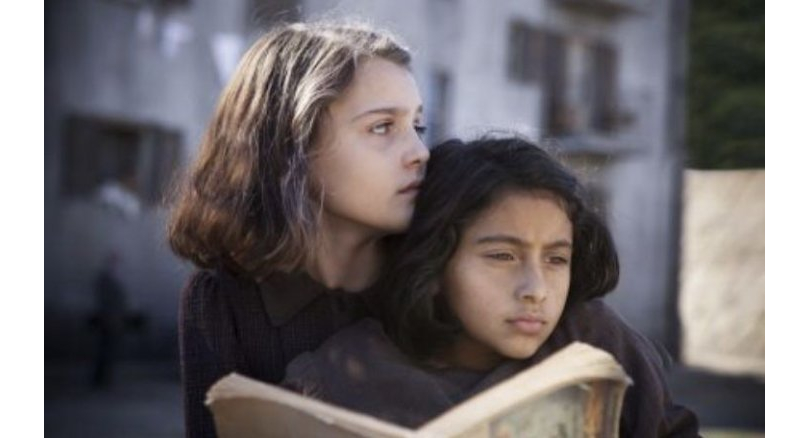 HBO is at the forefront of the “peak TV” revolution — from “The Sopranos” and “The Wire” to “Game of Thrones” and “Westworld,” the US premium cable network has produced high-quality content for two decades.

On Sunday, it is breaking new ground with its first non-English series, “My Brilliant Friend,” an Italian-language adaptation of a wildly popular series of novels by Elena Ferrante.

The much-anticipated premiere is evidence of the globalization of television in the internet era, with audiences no longer primarily concentrated in America.

Fans of the books — Ferrante is a pseudonym and the true identity of the author is unknown — are champing at the bit to see the series.

More than 10 million readers have fallen in love with the novels — the tale of a life-long friendship between Elena and Lila, who first meet in Naples in the 1950s — since the first one was published in 2011.

The broadcast rights for the eight-episode HBO series were sold in 56 countries. It will air in Italy on public broadcaster RAI from November 27 and on Canal Plus in France in December.

Even in the United States, where books translated into English barely represent one percent of the market, the four Neapolitan Novels have been big business, with 2.6 million copies sold, according to publishing house Europa Editions.

But the leap to the small screen is still a risky one for HBO, which is collaborating with RAI on the series, which was filmed in Italy by Italian director Saverio Costanzo.

The dialogue is actually in the thick Neapolitan dialect, and not pure Italian, so even RAI will show the series with subtitles.

“That really struck me,” Costanzo told The Hollywood Reporter.

“I asked why an American network should care about the accuracy of a language if their audiences would be watching the series with subtitles. They replied that they wanted the series to be authentic,” he added.

“There, in that moment I understood why HBO is HBO.”

Non-English programming rare in US

Such attention to detail and authenticity is relatively new in the United States.

In 2009, Quentin Tarantino tiptoed in that direction with World War II romp “Inglourious Basterds,” which was filmed in part in German and French.

But until very recently, television series were wary of jumping on board.

Then came “The Americans” (2013-18), the award-winning FX series about Russian spies living in America during the Cold War, which featured long sequences in Russian.

And as the world’s television consumers turn more and more to streaming platforms to find new shows, they are more open to subtitled programming. Danish political drama “Borgen” is one striking example of cross-border success.

Netflix’s “Narcos” — which was filmed in Spanish and English, and debuted in 2015 — “opened the door for the others, by showing that authenticity was vital to the success of a series,” explains Lorenzo Mieli, executive producer of “My Brilliant Friend.

Once the leap was made towards more authentic productions, one more leap remained: how to ensure that the novels were not warped in the adaptation process.

“From the very first book by Elena Ferrante, I felt that we shared the same ideas and also the same stubbornness about making things look legit on screen,” Costanzo said at the Venice Film Festival in September, where the first two episodes of the show premiered.

Francesco Piccolo — who co-wrote the screenplay with Costanzo, Ferrante and Laura Paolucci — said the author made suggestions throughout the process, and gradually became more at ease.

Her suggestions were “never to defend the books, but more about how to best convey the ideas on screen. She had great confidence in Saverio,” Piccolo said.

The HBO series is indeed faithful to the book, a sweeping story of friendship, admiration, rivalry and jealousy. It offers a near-documentary look at Naples in the 1950s, where Elena and Lila meet at school.

Both girls are unusually intelligent for their age, and they grow close as they try to escape the violence of their rundown part of town, where the old “eye for an eye” theory of justice prevails.

Filmed in an industrial wasteland in the Naples area, the series brings to life the neighborhood that is stifling them, with only a shabby courtyard on which to play and school as the only escape.

The saga on the female condition is somewhat contemplative, with detailed depictions of everyday life interspersed with the mounting tension between the main characters.

“This series is totally different from what we are used to seeing on Italian television,” Mieli said at MIPCOM.

“We don’t see people running around all over the place — instead we are focused on the complexity of the female characters’ point of view,” he explained.

“I think this may open the door to a new way of storytelling.”

Trump to visit as more than 1,000 missing in California fire