The Haunting of Hill House seems to be the gift that keeps on giving. Firstly, it was brilliant. Then, it turned out there were a load of hidden ghosts in pretty much every scene going (scroll down to the bottom of the article to see these) and then it turns out that it looks like we’re going to get another season.

In a recent interview with The Hollywood Reporter, actor Carla Gugino (Olivia Crain) hinted that it could very well be on its way.

However, she would not be returning in the role of Olivia saying she would be keen to take on a different character in an anthology.

She said: “Mike Flanagan said he would be interested in the notion of an anthology, where some actors come back to play different characters. I think he feels like he has told the complete story of the Crain family but if I was invited and I was able to, I would really love to, just because I do love to collaborate with him. When you find one of those like-minded collaborators — and in the case of Mike Flanagan that is for sure the case — then I’m always excited about the idea.”

As Gugino alluded to, the creator of the series, Mike Flanagan, previously said he would be interested in doing an anthology series.

Speaking to Entertainment Weekly, he said: “I don’t want to speculate too much about season two until Netflix and Paramount and Amblin let us know if they want one. What I will say, though, is that as far as I’ve ever been concerned with this, the story of the Crain family is told. It’s done.

“I think that there are all sorts of different directions we could go in, with the house or with something completely different. I love the idea of an anthology as well. That said, I think more than anything, the show is about haunted places and haunted people, as Steve says, and there’s no shortage of either. So, there’s any number of things we could do, in or out of Hill House.”

SPOILERS AHEAD: DON’T READ ON UNLESS YOU’VE SEEN ‘THE HAUNTING OF HILL HOUSE’ ALL THE WAY THROUGH.

Oliver Jackson-Cohen, who plays drug addict Luke Crain in the series, has told fans not to take the finale at face value. As we know, in the finale the siblings are trapped in the Red Room and their father Hugh (played by Timothy Hutton) managed to negotiate with their ghost mother Olivia (played by Carla Gugino) in order to save their lives in exchange for his own. But did that actually happen?

Oliver explained to the Wrap: “There’s this thing that happens when we’re all in the Red Room,

“Whenever each child, each sibling, is in the Red Room, something in the fantasy is red. And it’ll be a very, very small thing.”

Oliver went on to point out examples, like the fact that Luke’s Converse trainers turn red, and Steven wears a red jumper in their fantasies.

He continued: “And so there’s something at the end – it was Kate [Siegel], who plays Theo, who kind of pointed it out to me – with Luke’s sobriety cake.

So could his sobriety be a fantasy?

It also turns out that Netflix shared a clip from the show that everyone missed the first time around.

As you can see from the clip below, while you’re looking into the background and concentrating on what you expect to be a ‘jump’ or a ‘scare’, the blurred statue (that’s literally right in front of the camera) turns her head around so she’s looking directly into the camera. It’s so subtle, but yet so blindingly obvious, we’re all now kicking ourselves for missing it the first time around.

The series, by Mike Flanagan, captured the imagination of fans worldwide. Now we know that the Red Room was gradually taking the souls of the house’s inhabitants in order to keep them there forever. Although the four kids manage to escape the room, Flanigan actually had an awful ending in mind.

He was actually planning on exploring the supernatural world, rather than the emotional side of the show.

He said: “We toyed with the idea for a little while that over that monologue, over the image of the family together, we would put the Red Room window in the background. For a while, that was the plan. Maybe they never really got out of that room. The night before it came time to shoot it, I sat up in bed, and I felt guilty about it. I felt like it was cruel. That surprised me.

“I’d come to love the characters so much that I wanted them to be happy. I came in to work and said, ‘I don’t want to put the window up. I think it’s mean and unfair.’ Once that gear had kicked in, I wanted to lean as far in that direction as possible. We’ve been on this journey for 10 hours; a few minutes of hope was important to me.”

Although the ending is still pretty dark. We know that Steven has to keep the house to protect the ghosts and make sure no one who’s alive decides to move in. So the ghosts, including Nell, Olivia and Hugh, have to stay there forever.

He explained: “We’re stuck with our family no matter what, and even if it’s not going to be OK, even if we’re never going to get back what we lost, at least we can find a way to live with that,

“That little bit of comfort meant a lot to me. We could have gone pretty cynical, and almost did. But I find myself glad that we didn’t”.

On the same note, a Tumblr user has managed to find out something pretty incredible and also pretty sad about the incredible horror series.

Steve is denial. He doesn’t believe any of the things that happened at Hill House. 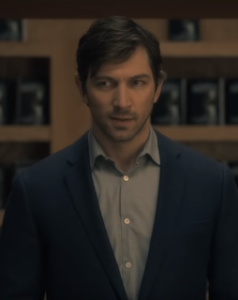 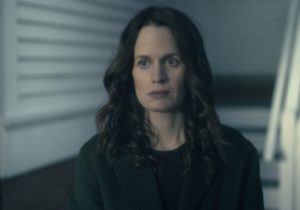 Theo is bargaining. She pleads with the universe to give her back her power of touch when she feels Nell and sees nothing. 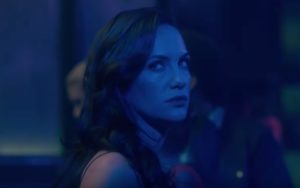 Luke is depression. Kind of goes without saying, doesn’t it? 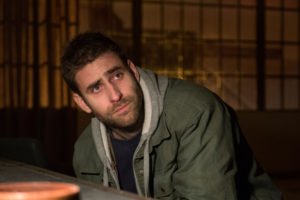 Nell is acceptance. She accepts what happened, and accepts her fate.

If you’re not convinced, there’s another little gem that you may not have picked up on.

The siblings order of birth is also the order of the stages.

Did you know that there’s loads of hidden ghosts all the way through the series?

Before The Haunting of Hill House even came out, it was getting people talking by the fact it had a perfect score on Rotten Tomatoes. Mike Flanagan’s spooky series is sitting pretty well after its release, with an impressive score of 92%.

So it’s no surprise that Netflix is already ‘in talks’ to get more episodes out of the show in the form of a second series.

Speaking to JOE, Michiel Huisman (Steven Crain) said: “Well, you know what. Very early on, when we were still shooting this show, we had conversations about what a second season could look like and I think that one of the crazy things about Mike (Flanagan) is that he is an infinite well of ideas and stories.

“I don’t think he ever sleeps! There are possibilities – if the show is a hit – to create a second season and still be in this world of Hill House.”

The only problem with the series is that people can’t handle the spookiness.

Personally, I watched four episodes and now I can’t sleep without the light on. I wish I was joking. But it looks like this is quite common, as viewers take to Twitter to share their own horror stories.

Another fan wrote: “The haunting of hill house on @netflix is so f*cking scary. Only made it through the first episode and I’m sleeping with the light on because my man passed out”, while another added: “The Haunting of Hill House show on Netflix was the most terrifying shit I’ve seen since I was forced to watch Hereditary. So creepy and gross feeling I can’t sleep 😭”.

Others are claiming that they’ve had ‘heart attacks’, ‘puked’ and ‘cried’.

Retelling Shirley Jackson’s novel from 1959, The Haunting of Hill house will hopefully do better than the last adaptation. For anyone who’s ever sat through it, 1999’s The Haunting — with Liam Neeson, Owen Wilson, and Catherine Zeta-Jones — was a pretty lame attempt at bringing Jackson’s story to life.

Flagan is clearly aiming for a very different version as his series focuses on a group of siblings who grew up in the house of horrors and are forced to head back there to confront their past.

Changing just enough of Jackson’s tale of terror seems to have worked in Flanagan’s favour, meaning The Haunting of Hill House is all anyone’s talking about.

We’ve already talked about the show’s terrifying trailer, and it sounds like The Haunting of Hill House isn’t just relying on jump scares and putting all the best bits into the marketing campaign.

Horror shows like American Horror Story and Channel Zero have been scaring us for a few years now, but some are already calling The Haunting of Hill House the first “great” horror series. Flanagan’s knack for horrors like Hush, Before I Wake, and Gerald’s Game has definitely paid off if the critics’ consensus is anything to go by.

With creepy kids, family drama, and a generous dose of PTSD, the 10-episode series is the perfect Halloween binge. Netflix has plenty of horror favourites to keep us busy in October, but The Haunting of Hill House is a modern twist on an aging genre.

A FRAY IN A MANGER! Boyfriend built advent calendar for partner with 26 Fray Bentos pies