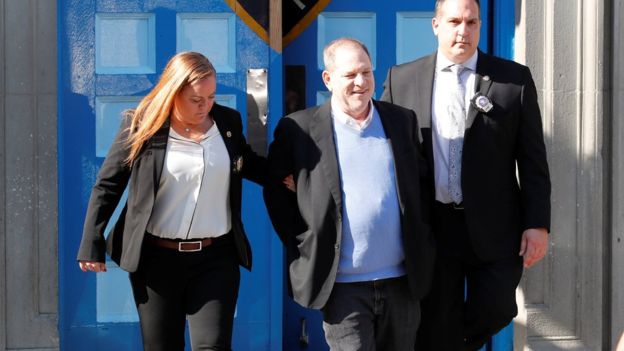 Hollywood mogul Harvey Weinstein has been charged in New York with rape and several other counts of sexual abuse involving two separate women.

Mr Weinstein turned himself in to police in the city earlier today.

Dozens of women have made allegations, including of rape and sexual assault, against the 66 year old.

Mr Weinstein has always denied any non-consensual acts, and these are the first charges that have been levelled against him.

The statement thanked “these brave survivors for their courage to come forward and seek justice”. Details of the allegations and of those making the accusations have not yet been released.

The allegations against Mr Weinstein triggered the #MeToo movement, which sought to demonstrate and draw attention to the widespread prevalence of sexual abuse and harassment.

Who else has accused Mr Weinstein?

The Hollywood mogul has faced accusations of sexual harassment and assault from dozens of women. Some have alleged rape.

Actress Ashley Judd is suing the 66-year-old Hollywood producer, claiming he damaged her career after she rejected his sexual advances.

One of the cases was in New York, where Italian model Ambra Battilana accused Mr Weinstein of groping her in 2015.

Investigators decided not to charge him even though there was an audiotape of Mr Weinstein accepting he had touched her breasts and pledging not to do so again.

What has happened to the film producer?

The allegations have left his career in tatters.

He was fired last year from his production firm the Weinstein Company, which later filed for bankruptcy.

Top industry figures have condemned him and the organisation behind the Oscars expelled him from its membership.

How have people reacted to the latest news?

Some of Mr Weinstein’s accusers have welcomed the charges.

Actress Rose McGowan wrote that some women had given up hope he would be held accountable.

She said: “Twenty years ago, I swore that I would right this wrong. Today we are one step closer to justice.”

Italian actress Asia Argento, who alleges Mr Weinstein sexual assaulted her in the 1990s, reflected on the latest news in a simple tweet saying “Boom”.

The Weinstein case and #MeToo

The #MeToo campaign against sexual harassment and abuse swept through Hollywood last autumn, in the wake of the accusations against Mr Weinstein.

The movement was prompted by an invitation from actress Alyssa Milano on Twitter, asking those who had been sexually harassed or assaulted to reply “Me Too”. She received half a million responses in 24 hours.

“Me Too” began as an idea back in 2006, with rights activist Tarana Burke, who used it as the name for a group to help those who had been sexually harassed and assaulted.

In January, more than 300 actresses, writers and directors launched the Time’s Up project, raising $21m (£15m) in just a month to fund legal assistance for people who suffer harassment, abuse or assault at work.

A number of high-profile figures in entertainment have been accused since the Weinstein story. On Thursday US film star Morgan Freeman apologised following allegations of sexual misconduct. 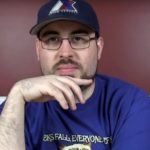