Donald Trump has said Harley-Davidsons should “never” be built abroad, as he attacked the firm’s plans to move some production overseas to avoid European tariffs.
Mr Trump said the iconic bike brand’s new Thailand plant marked a “surrender” and “the beginning of the end”.
Last week, the EU imposed retaliatory tariffs on US goods, including bourbon, orange juice and motorcycles.

Taking aim at the iconic motorcycle brand on Twitter, the president said the company’s employees and customers were “already very angry at them” because “they surrendered, they quit!”

Mr Trump also said if they continued with their plan to move production to Thailand, “the Aura will be gone and they will be taxed like never before!”

However Harley-Davidson says it operates four factories in the US.

Mr Trump’s row with the bike brand began on Monday after Harley-Davidson said manufacturing for the European market would be transferred from the US to other countries.

He expressed surprise that the company had become “the first to wave the white flag”, adding: “I fought hard for them.”

He also said the US was “opening up closed markets” with its new tariff system, and said the country would soon finish its study into tariffs on car imports from the European Union.

Mr Trump previously threatened to impose a 20% tariffs on EU cars after the bloc imposed its retaliatory tariffs.

“President Trump will continue to push for free, fair and reciprocal trade, in hopes that the EU will join us,” Ms Sanders said.

Absorbing costs of EU tariffs
Harley-Davidson says it will raise investment in its international plants, though it did not say which ones, adding that it expected the increase in production to take nine to 18 months.

The company, which sold nearly 40,000 motorcycles in Europe last year, said it planned to absorb those costs rather than pass them on to customers and risk damaging sales.
Some US unions however are not supportive of the motorbike maker’s decision to move production abroad.

The International Association of Machinists and Aerospace Workers, which represents some Harley employees and has supported some of the president’s tariff announcements, said the decision was “in keeping with Harley’s past decisions to open plants outside of North America.”

“Will Harley use any excuse to ship jobs overseas?” said Robert Martinez Jr, the union’s international president. “Does Harley even understand what ‘Made in America’ means?”

United Steelworkers, which also represents Harley workers and has backed tariffs, said it does not know yet how the company’s decision will affect employment.

“Domestic sales are what drive production and employment at Harley’s US facilities,” said Michael Bolton, a district director for United Steelworkers, who added that the company should focus on US production if it wants “to continue to market itself as an iconic American brand”. CBBC – EP 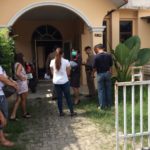