Hardware Heist: The occupants of 22 houses in Muang Trang woke up Sunday morning to find their water taps missing.

Police arrested Rewat Sakulrakchan, 46, and charged him with stealing 31 taps in all, with intent to resell them to a recycling shop after the Chinese New Year holidays. 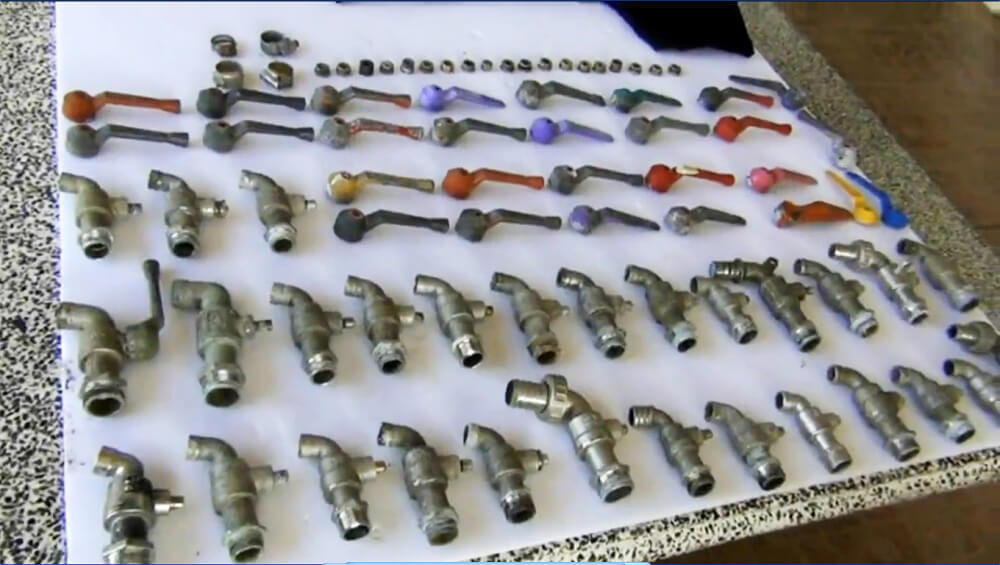 Security camera recordings and information from the operator of a recycling shop led them to Rewat’s door and the water taps stashed in his house.