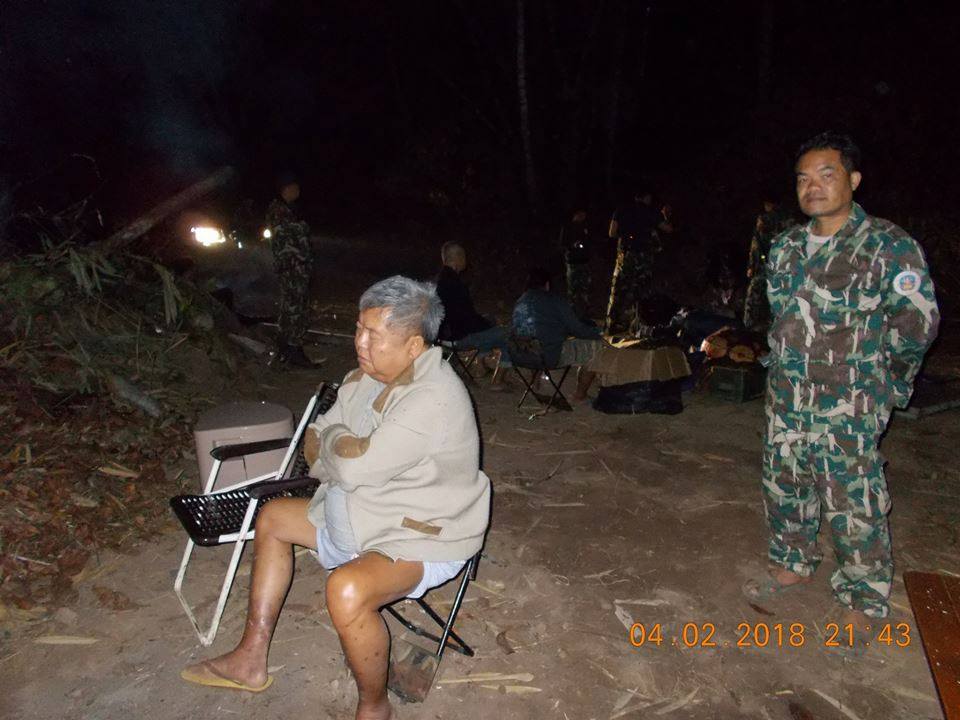 A well-publicized raid on the home of a powerful construction firm president’s home turned up ivory and weapons which officers said were all in order.

After a three-hour search of the home of Premchai Karnasuta, president of Italian-Thai Development, police from the Natural Resources and Environmental Crime Suppression Division found five rifles and a pair of elephant tusks. After being briefly held Monday, Premchai was charged yesterday with poaching wildlife in a national park.

“There was a permit for the ivory. From interviewing Premchai’s wife, we found that the guns belonged to Premchai and his son,” police Col. Suwat Inthasit said after the afternoon raid on Premchai’s home in Bangkok’s Huai Khwang district. “Authorities will check whether the guns are possessed legally.”

Witul Yaemphrai, Premchai’s lawyer, arrived at the house at 2pm and went into the house quickly, refusing to talk to reporters.

After being charged on nine accounts of poaching and gun-related offenses, Premchai and the three men he was arrested with in Thungyai Naresuan Wildlife Sanctuary were freed on bonds of 150,000 baht each.

Police had to speak through a loudspeaker outside Premchai’s house for 20 minutes starting at 11:30am before someone unlocked the door and allowed them to search the premises.

Police also searched the homes of the three other men: Yong Doadkrua, 65, in Ratchaburi, Natee Riamsaen, 43, in Nakhon Ratchasima and Thanee Thummat, 56, in Kanchanaburi.

Thammarat Wongsopha, acting director of Protected Areas Regional Office 3 Baan Bong, said delivering justice to the magnate was up to the courts.

“The authorities have already arrested him and are collecting evidence,” he said. “Parks authorities from now on will have the duty of continuing to follow this case so that it reaches prosecution and the court.”

Monday night at the Thong Pha Phum Police Station in Kanchanaburi, Premchai told reporters and police that he was on a leisure trip befitting an elderly man.

“This is only my second time here in my life. The last time was 30 to 40 years ago when I was building the Khao Laem Dam,” said the 63-year-old mogul. “This time I’m just on vacation, because I’m so old I’m about to die. I just wanted to come again once.”

Witul, his attorney, had the same message, saying he “wasn’t worried” because Premchai had the required permits. He said his client was lost and he unknowingly wandered into the protected area.

“He didn’t go off-roading into protected territory. He didn’t know the way and it was dark,” he said. “So he needed to rest near water because it would be dangerous to travel more.”

Whistleblower Facebook page Queen of Hearts refuted Premchai’s account with a screenshot of a photo posted December 2016, purportedly to his Facebook account. In the photo, Premchai is seen on a camping trip in Kanchanaburi and a comment from him indicates he was there to hunt.

Public sentiments have been swift to condemn Premchai and hail the ranger who busted him as a hero.

A Change.org petition is calling for people to boycott Italian-Thai Development, citing the company’s stated objective to “conduct business while conscientiously keeping in mind the conservation of the environment.”

Sompotch Duangchantrasiri, a wildlife expert at the Khao Nang Rum Wildlife Research Station, told reporters Wednesday that the black panther Premchai allegedly killed was a youth – one of only 100 at Thungyai Naresuan Wildlife Sanctuary.

“The loss of a black panther in the wild is unnatural. Even one death is a wasteful loss,” Sompotch said.

Vichian Shinnawong, head ranger of the western area of Thungyai Naresuan Wildlife Sanctuary who led the arrest of Premchai, told police on Tuesday he was unafraid of any repercussions.

“I’m not afraid if they transfer me. My job is to protect the forest. I was just doing my duty in a straightforward, righteous way,” Vichian said. “If officials give up, then the forest will be gone. As for me and my officers, we are always ready to do our best.”

A Facebook photo of Vichian has gone viral since Monday. Vichian is a graduate from the Kasetsart University’s Faculty of Forestry. He currently works as both a ranger and forestry academic at Thungyai, where he has led a number of raids bringing illegal poachers and loggers to justice. 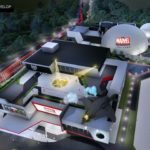 State of the art Marvel tourist attraction coming to Bangkok