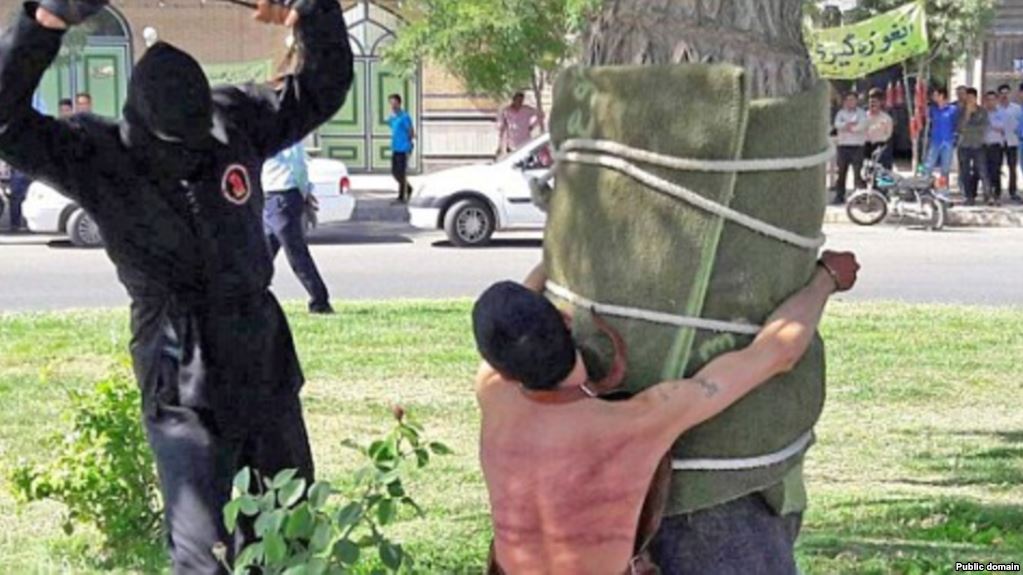 Iran’s Muslims are forbidden from drinking alcohol, an offense that is punishable by 80 lashes. But news that the controversial punishment was carried out on a man for drinking at a wedding reception more than a decade ago has left a prominent rights watchdog bewildered.

Iranian state media has reported that a man identified only as M.R. was publicly flogged in the eastern city of Kashmar on July 10. The punishment fulfilled a sentence that M.R. was handed some 10 years ago after being found guilty of drinking alcohol at a wedding reception when he would have been 14 or 15 years old.

According to the state-run Young Journalist Club, the reception took a tragic turn when an argument among partygoers resulted in the death of a 17-year-old boy. Kashmar prosecutors have reportedly said that M. R. was not involved in the violence.

That Iran allows for punishment by flogging — the Islamic republic’s Penal Code states that the punishment for drinking alcohol by a Muslim is 80 lashes, although Christians and religious minorities are exempt from the punishment — has always been a bone of contention with rights groups. But this case has left Amnesty International in disbelief.

In a July 11 report the watchdog condemned the flogging in Kashmar as “another horrific example of the Iranian authorities’ warped priorities” and a “shocking disregard for basic human rights.”

“No one, regardless of age, should be subjected to flogging,” the report quoted Philip Luther, Amnesty International’s research and advocacy director for the Middle East and North Africa, as saying. “That a child was prosecuted for consuming alcohol and sentenced to 80 lashes beggars belief.”

A photo that accompanied the Amnesty International report showed a bruised and battered man tied to a tree being lashed by a person clad in a black uniform and ski mask. Onlookers can be seen in the background.

When contacted on July 12, Amnesty International could not independently verify that the image was of the flogging in Kashmar, and said that the photo was from Iranian news coverage of the incident.

Who Gets Flogged In Iran?

The flogging has shed fresh light on a long-standing practice.

Under Iran’s criminal laws, more than 100 offenses are punishable by flogging. They include theft, fraud, and drinking or selling alcohol, as well as moral crimes such as kissing in public, homosexual acts, and sexual relationships between unmarried men and women.

Flogging sentences for adultery and blasphemy are seen as lenient.

During the holy Muslim month of Ramadan, it is not uncommon for Iranians to be sentenced to lashing for eating in public during fasting hours.

Iranian courts have also sentenced some journalists to be flogged over their work.

Children are exempt from flogging, but women are not.

The popular Facebook page My Stealthy Freedom has posted what it describes as accounts and photos of several Iranian women sentenced to lashing.

According to one post, a 28-year-old woman from the city of Mashhad was flogged 80 times in 2016 for attending a birthday party and drinking alcohol with men. The woman described it as a horrific experience and the worst day of her life: “I was lashed while my feet were chained, and my hands were shackled.”

In another 2016 post, the Facebook page published an account by a woman identified only by her first name, Reyhaneh, who claims she was flogged 140 times for having a boyfriend. The punishment left Reyhaneh unable to sit properly at work the next day. “My back was completely littered with dark blue-colored patches due to lashings,” she wrote.

The woman says that lashing has left her and her family — she is now married to the boyfriend she was punished for having — deeply traumatized. “While I was being lashed, my only brother who is 10 years older than me and who was known to have heart problems, was next door. Out of helplessness, he consistently knocked on the door of the room where I was being lashed and cried uncontrollably,” Reyhaneh wrote.

Each of the women’s posts are accompanied with photos of bare backs wounded and bruised after apparent floggings. RFE/RL could not independently verify the authenticity of the photos.

Right activists say many people require hospital treatment after floggings, and that some cases end in death.

International organizations have repeatedly called on Iran to forbid the practice, but the country has so far ignored the condemnations. 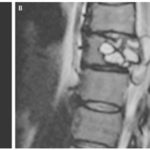 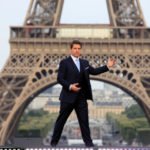