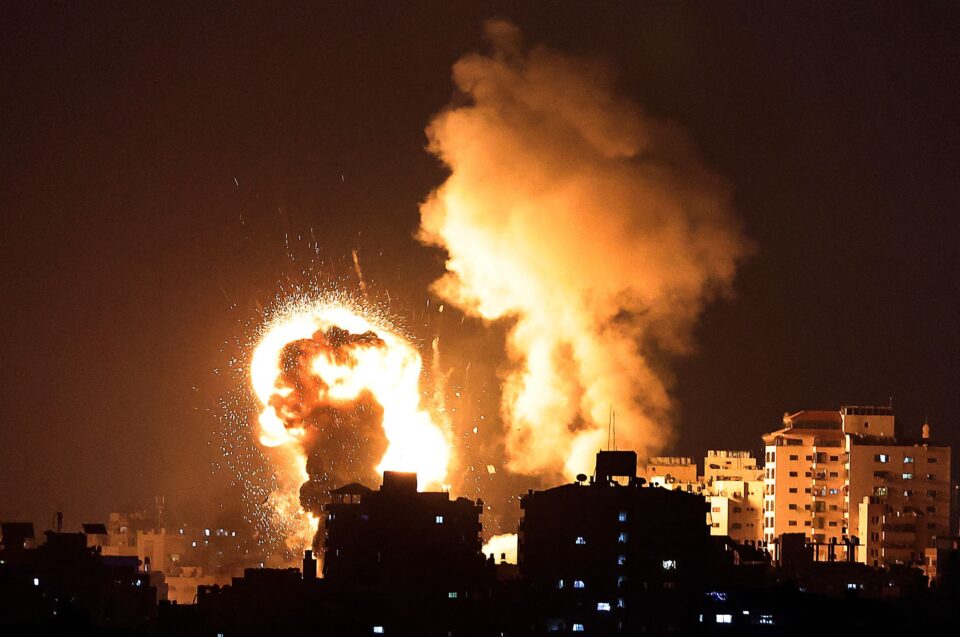 HAMAS says it has fired 130 rockets at Tel Aviv after an Israeli air strike levelled a tower block in Gaza.

This comes after Israel threatened the militant group with days of air strikes after a rocket attack on Jerusalem on Monday.

Video footage showed thick plumes of smoke rising from the tower, its upper storeys still intact until it collapsed to the ground.

The building houses an office that is used by the political leadership of Gaza’s Islamist rulers Hamas.

Residents of the tower and people living nearby had been warned to evacuate the area around an hour before the air strike, according to witnesses.

It was not immediately clear if the building had been fully evacuated, or if there were casualties.

The escalation in violence follows a decision by Israeli cops to storm a compound at the al-Aqsa mosque yesterday.

According to Channel 12 in Israel, Palestinian officials have reached out to their Jewish counterparts in a bid to agree a ceasefire.

Yet, the report says Israel has refused with officials saying Hamas has not paid a sufficient price for the rocket attacks.

And the Israeli Defence Minister Benny Gantz said that strikes on Palestinian targets in Gaza were “just the beginning” following a similar statement from Prime Minister Benjamin Netanyahu.

In response, Hamas officials say the group is “ready” if Israel wants to continue the fire fight.

Donald Trump accused successor Joe Biden of “weakness” and lack of support for the Jewish state.

“Under Biden, the world is getting more violent and more unstable because Biden’s weakness and lack of support for Israel is leading to new attacks on our allies,” he said in a statement.

Hailing his own administration as “the Peace Presidency,” Trump said Israel’s adversaries knew there would be “swift retribution if Israel was attacked” when he was the US president.

What triggered the violence?

Clashes erupted on Friday as Muslims packed the Al-Aqsa mosque to pray during the holy fasting month of Ramadan.

Violence had been building in the Holy City and occupied West Bank for the previous week.

Palestinians hurled stones, bottles and fireworks at Israeli police who fire rubber bullets and stun grenades. The site is sacred to Jews as the location of two biblical-era temples.

On Saturday, prayers at the mosque compound are held peacefully but violence flares elsewhere in east Jerusalem.

Some 121 Palestinians are wounded overnight, many hit by rubber bullets and stun grenades, the Palestinian Red Crescent says.

Israeli police say 17 of its officers are wounded.

Much of the recent unrest stems from the long-running legal effort by Jewish settler groups to evict several Palestinian families from their homes in the Jerusalem neighbourhood of Sheikh Jarrah.

A Supreme Court hearing on a Palestinian appeal had been set for Monday and risked inflaming tensions further.

On Sunday, the justice ministry delays the hearing in light of “the circumstances”.

Scuffles between Palestinians and Israeli police in east Jerusalem continue overnight into Sunday.

In the evening, Israeli police again face off against mostly young Palestinians at several locations in east Jerusalem.

Some 331 Palestinians are wounded, according to the Palestinian Red Crescent, in renewed clashes between Palestinians and police at the mosque on Monday ahead of a planned march to commemorate Israel’s capture of Jerusalem in 1967.

The Biden administration on Tuesday called for calm and restraint by Israel and the Palestinians, and urged both sides to avoid “deeply lamentable” civilian deaths.

But “Israel does have a right to defend itself,” State Department spokesman Ned Price told reporters.

The Israeli military says 630 missiles were fired from Gaza yesterday with 150 failing to reach Israeli territory.

Some 200 missiles were intercepted by Tel Aviv’s Iron Dome defence system which destroys rockets which are fired towards populated areas.

Israel had sent 80 jets to bomb Gaza and massed tanks on the border as rocket barrages hit Israeli towns for a second day, deepening a conflict in which at least 28 people in the Palestinian enclave.

Two people in Israel have also lost their lives.

The holy city of Jerusalem has been tense during the Muslim fasting month of Ramadan, with the threat of a court ruling evicting Palestinians from homes claimed by Jewish settlers adding to the friction.

PM Netanyahu said Israel would step up its strikes on Gaza, an enclave of two million people, in response to the rocket attacks.

Within an hour, Israel said it had deployed 80 jets to bomb rocket launch sites in and around Gaza City.

Officials said infantry and armour were being dispatched to reinforce the tanks already gathered on the border, evoking memories of the last Israeli ground incursion into Gaza to stop rocket attacks, in 2014.

More than 2,100 Gazans were killed in the seven-week war that followed, according to the Gaza health ministry, along with 73 Israelis, and thousands of homes in the area were destroyed.

Yesterday, before the block collapsed, the Gaza health ministry said at least 28 Palestinians, including 10 children, had been killed and 152 wounded by Israeli strikes since Hamas on Monday fired rockets towards Jerusalem for the first time since 2014.

Israel’s national ambulance service said two women had been killed in rocket strikes on the southern city of Ashkelon.

The International Committee of the Red Cross (ICRC) urged all sides to step back and reminded them of the requirement in international law to try to avoid civilian casualties. 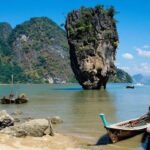