Home » Half a million robbed at gun point 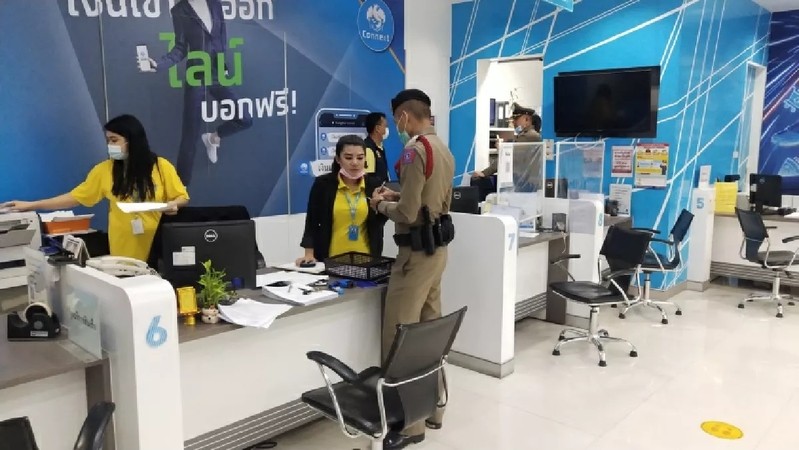 A gun-wielding man robbed a branch of Krungthai Bank in Bangkok’s Bang Kapi district and made of with over half a million baht on Sunday evening.

Lat Phrao Police Station were alerted at 8.30pm to the armed robbery at the bank’s branch located on the third floor of The Mall Bang Kapi shopping centre.

Staff reportedly told police that after the bank closed at 6pm and they were about to lock the premises, a small-built man aged 27-28 years, wearing black clothes, a black cap and a face mask forced him to go back into the bank and open a safe.

When he did so, the robber grabbed about Bt600,000 cash from the safe, dropped the currency notes in a fabric bag that he had brought with him, before running out of the bank.

Witnesses told police that they saw him running towards the mall’s back exit. There were no assaults or injuries.

Pol Maj-General Pornchai Khajornklin, chief of region 4 Metropolitan Police, said that it was not clear from CCTV footage whether the suspect was wielding a real gun.

“He was seen hanging around the bank for several hours before the robbery, probably to check out the surroundings for the opportunity,” he said.

Police are tracking down the suspect and have deployed roadblocks on possible escape routes. 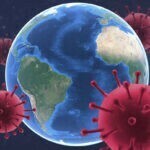 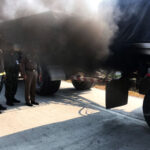 Emitting black smoke to face fine up to Bt5,000