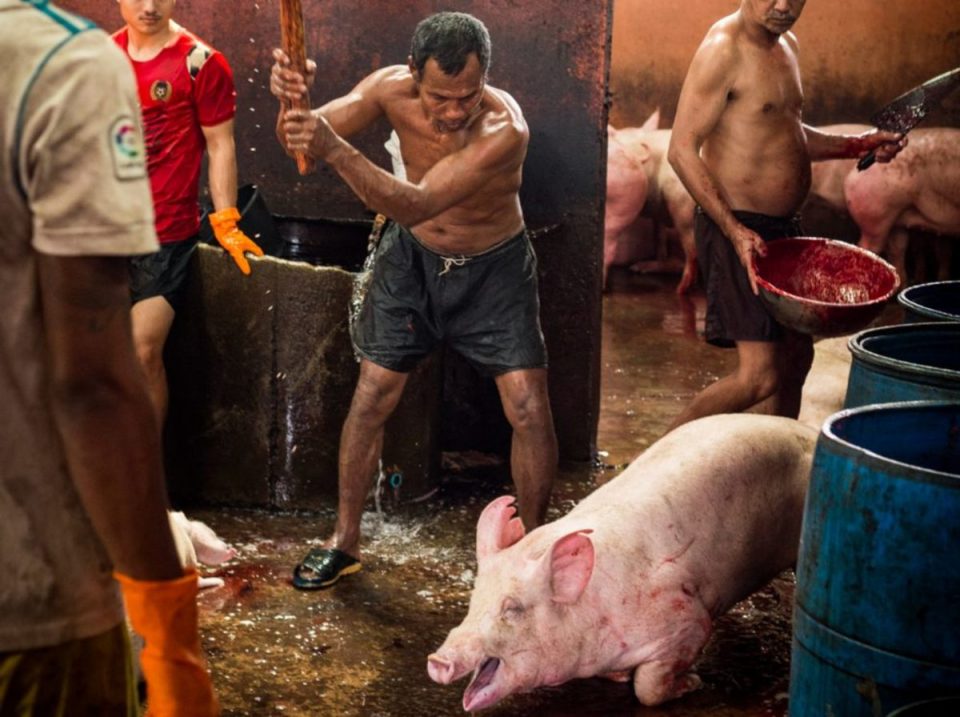 A series of photos taken in a Thai slaughterhouse, by renowned photojournalist Jo-Anne McArthur, reveal the horror of how pigs are killed in the country.

The images were taken by renowned photojournalist Jo-Anne McArthur, founder of We Animals, who was reporting for The Guardian.

McArthur spent a month documenting industrial farming and slaughter in Thailand and Taiwan in early 2019.

She says that unusually, she was welcomed to this particular slaughterhouse a few hours’ drive from Bangkok. 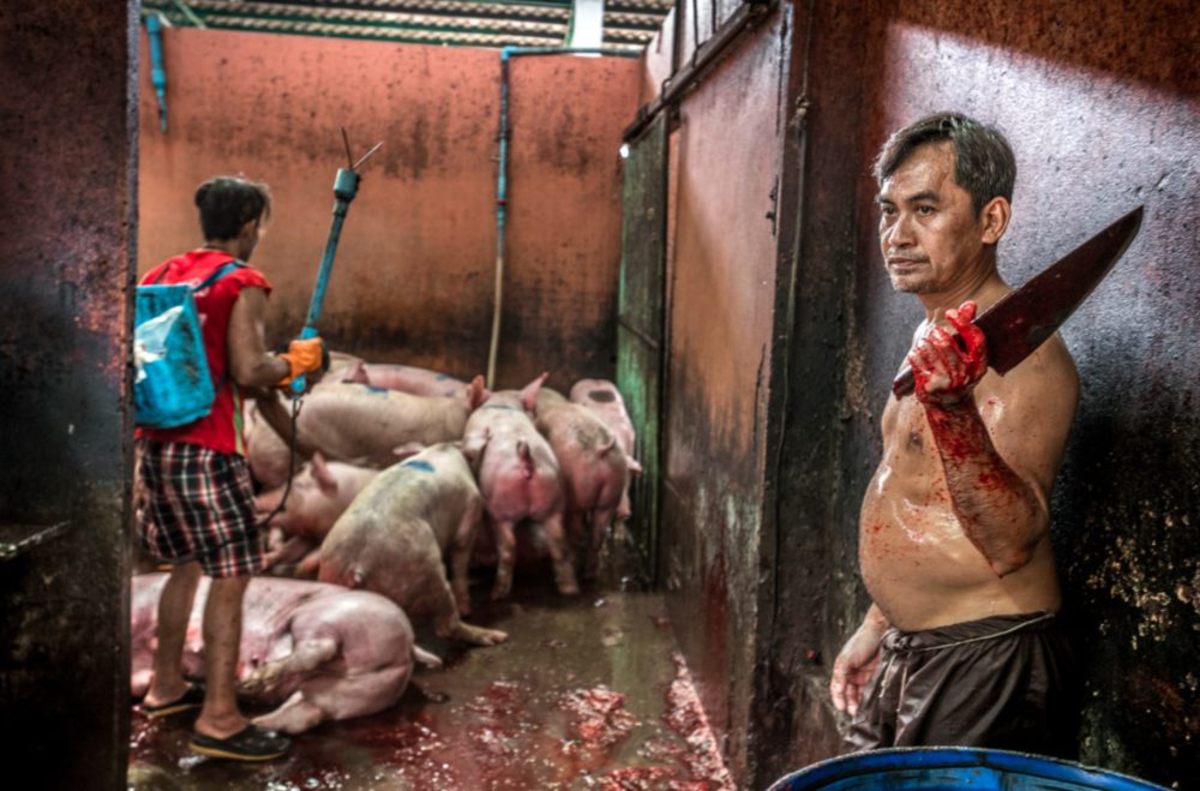 According to McArthur, the owner of the facility believes it is important for people to witness the slaughter process.

He says he once invited a group of veterinary students to spend a morning there, many of whom vomited at what they saw.

The photographer described photographing the animals at various stages of the journey through the slaughterhouse, from the holding area, to being slaughtered, and then dismembered. 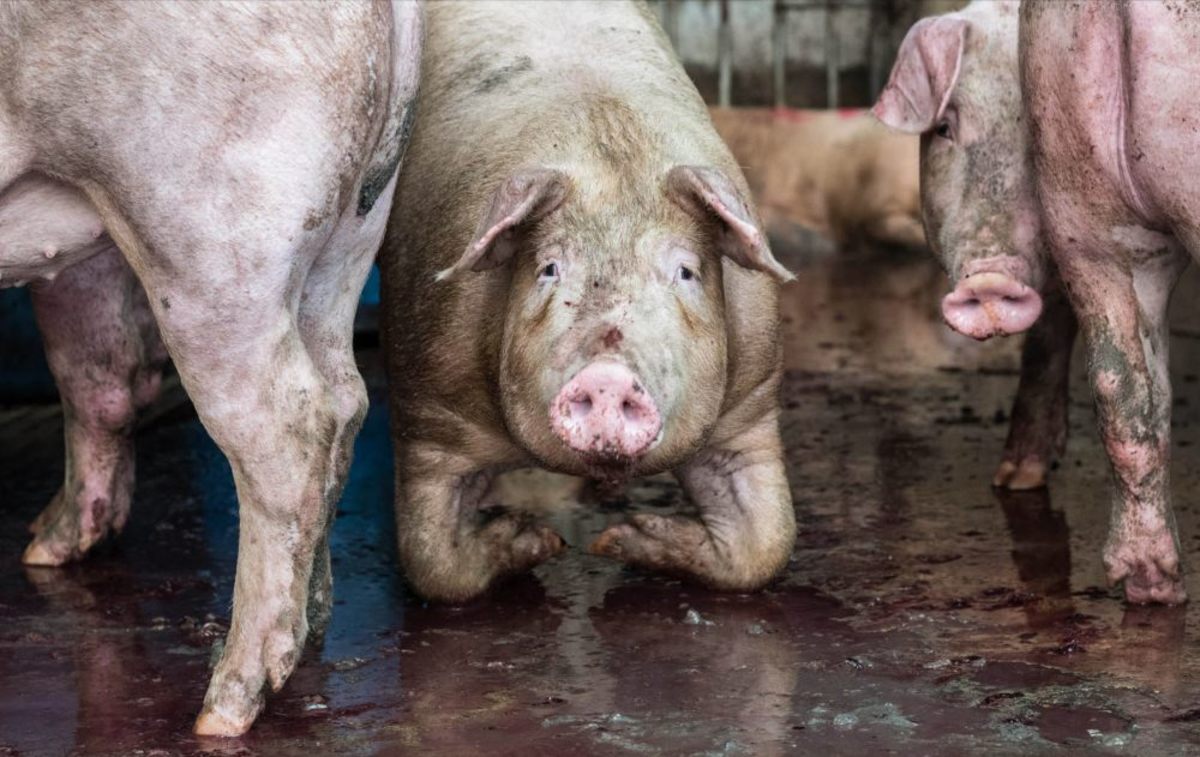 “The pigs almost never moved forward at their own speed. Workers used electric prods and clenched long steel nails in their fists to stab them into motion,” she wrote on the We Animals website.

“When the pigs were hosed down they huddled together, their backs turned to the slaughter room across the floor.

Some screamed. Others seemed mute and immobile. Others shook.

“Many tried to escape when they were prodded or dragged soaking wet to the kill floor. Fear is recognizable across most species, and with the pigs here, it is undeniably palpable.”

McArthur described the process of slaughter in the facility as ‘crude’, revealing that in this size of the slaughterhouse (small to medium), the animals are rarely stunned.

Instead, the pigs are clubbed over the head with a large bat before their throats are slit.

“Pigs have very thick skulls so clubbing is painful and disorienting but rarely, if ever, effective at stunning or rending them unconscious,” she wrote. ”

One by one, the pigs were knocked down, making the slaughter a bit easier for the men who would then stab a large knife under the pig’s jaw and slice downward to their sternum.

“The sound of pigs screaming, of water blasting from hoses and the heavy clang of metal and chains was overwhelming but I stayed quiet and photographed the workers, equally silent in their tasks.” 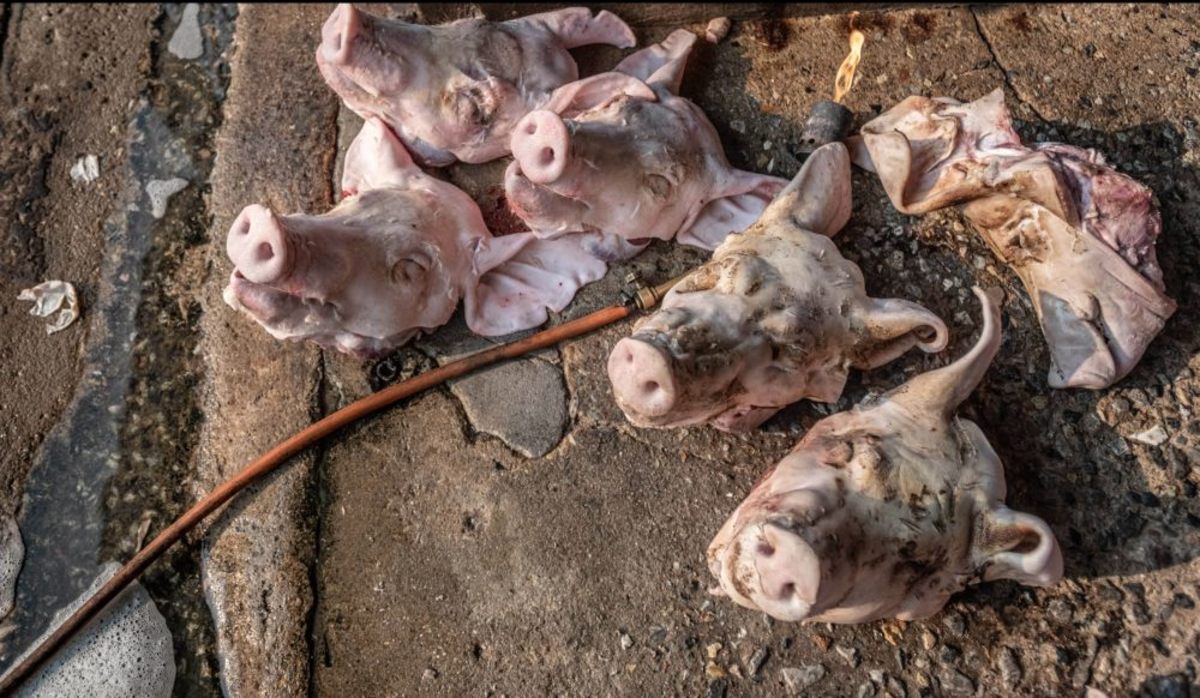 McArthur also wrote about how she can handle ‘bearing witness to so much violence’, explaining that she finds catharsis in action.

“When I started out fifteen years ago, it would have been near impossible to get these images seen but when The Guardian published this story millions of people saw it.

I truly believe we’re amid a global rise of engagement in animal journalism, a collective seeing.

“Photographs lead people to change, and the momentum for hope of a different story for animals is what keeps me grounded.” 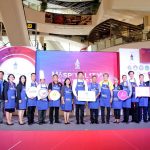 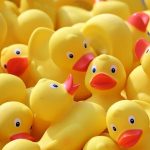