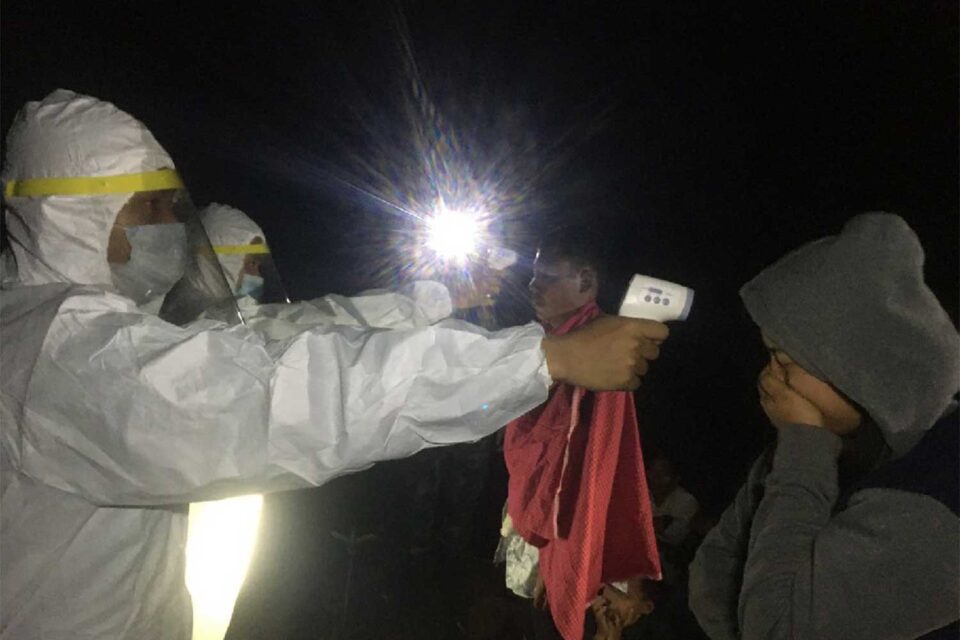 Sixteen Myanmar nationals were arrested in Sangkhla Buri district for illegal entry in the early hours of Wednesday.

An ethnic Mon teenager who admitted being asked to act as lookout by a Myanmar friend was also taken into custody.

They were caught by soldiers patrolling the area from Song Kalia intersection to Song Kalia village in tambon Nong Lu, after villagers reported seeing people hiding in the forest, said Col Sitthiporn Julapana, commander of the Lat Ya military task force.

They found eight men and six women, along with a 13-year-old girl and 9-year-old boy, in a cassava plantation. Not far away a Mon teenager was waiting in front of a side street.

They were all detained. Body temperature checks for the illegal migrants showed no sign  of  fever. They were later taken to Sangkhla Buri Hospital for covid-screening, and later to Sangkhla Buri police station

During questioning, one of them told police the group had contacted a Myanmar job agent by phone and they were told to gather in Payatongsu sub-district, near the Thai border on Monday.

Around noon on Tuesday, the broker sent three Myanmar men to guide them across the border along a natural path.

They walked through a mountainous area and crossed Song Kalia river, arriving on the Thai  side around 7pm on Tuesday.

The guides then told them to wait, and a vehicle would pick them up and take them to other provinces where they would get work.

None of them knew what kind of work they would get, or where. The Myanmar broker only told them they must pay 15,000 baht each on arriving in the province where they would work.

Two of the job-seekers had already paid the money to the broker.

He told police that he had been told by a Myanmar friend he knew only as Bu that a vehicle would arrive to pick up “dried goods’’ in the area.

Bu asked him to act as lookout and immediately alert him if he saw soldiers in the area.

The soldiers arrived early on Wednesday and he tried to phone Bu as instructed, but his friend did not answer his calls, the youth said. 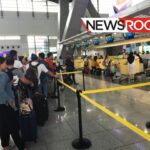 Borders to foreigners closed in Philippines 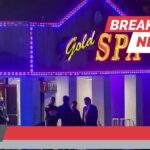