DESPITE unrelenting efforts to revive the economy and spur |higher economic growth in the third quarter of this year, the Prayut |government has scored low marks for its economic management and prevailing income inequalities, according to the latest National Institute of Development Adminis-tration (Nida) opinion survey.

The Nida poll, which was conducted last Wednesday and Thursday with a sampling of 1,250 persons nationwide, showed respondents were “most unimpressed” by the government’s performance regarding their economic well-being, followed by political reforms, election preparation and the government’s handling of the deep South unrest.

Of the respondents, 8.2 per cent are Bangkok residents, while 25.8 per cent live in Bangkok’s peripheral areas and other Central provinces. Another 18.6 per cent of respondents live in northern provinces while 32.8 per cent and 14.4 per cent are northeastern and southern residents respectively.

The latest poll shows that the government’s economic management has not delivered results for low and middle-income groups despite the higher GDP growth rate of nearly 4 per cent in the third quarter of this year.

The stronger growth rate was due to the improved performance of export industries and the recovery of global markets.

Most economic benefits, however, have concentrated among exporters and higher-income groups resulting in an uneven distribution of wealth.

On the political front, most respondents were not impressed by the government’s political reform agenda and its preparation for the next general election, while efforts to resolve problems in the southernmost provinces also left respondents unimpressed.

However, the US Trade Representative’s latest upgrade of Thailand’s status from the Priority Watch List to the Watch List, which represented a promotion, was good news for the government over the weekend.

The upgrade is expected to boost the economy and foreign investor confidence in Thailand, while the European Union earlier restored full political contacts with Thailand after downgrading relations in the wake of the 2014 coup.

The EU will also explore possibilities to resume negotiations with Thailand on a major Thai-EU Free Trade Agreement suspended more than three years ago.

2.    Forest land reclamations and farmland reform (64.8 per cent of respondents)

1.    Economic management and well-being (58.1 per cent of respondents)

2.    Political reforms and election preparations (47.7 per cent of respondents) 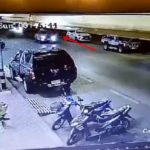