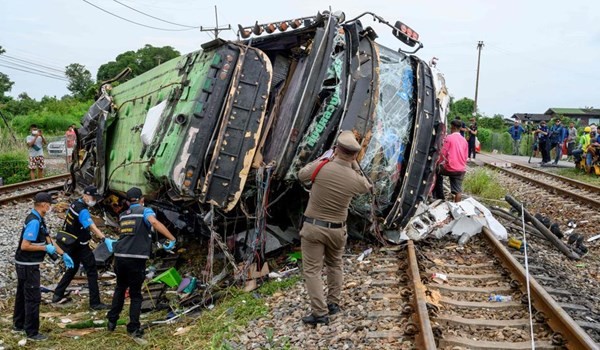 Thailand’s Department of Disaster Prevention and Mitigation (DDPM) said that 18 passengers have been confirmed dead in the bus-train collision which occurred in Central Thailand’s Chachoengsao Province earlier Sunday.

Sutthathip, a supervisor at the DDPM, told Xinhua that two out of the initially presumed 20 dead passengers had been resuscitated at Buddhasothorn Hospital in Chachoengsao.

“Twenty-nine passengers injured are in serious condition and are being treated in Buddhasothorn and Ban Pho Hospital,” Sutthathip said over the phone.

A total of 65 passengers on board a bus from Samut Prakan Province to Chachoengsao were on a merit-making trip to a temple at Chachoengsao when the bus rammed into a crossing cargo train running across the crossroad without a blocked barricade.

An offcial from the Chinese Embassy in Bangkok confirmed to Xinhua that there were no Chinese nationals involved in the crash.

Sutthathip said all the 65 passengers onboard the bus were residents of Samut Prakan Province. 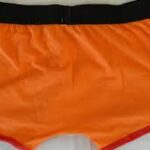 22% Of Men Admit To Not Changing Their Underpants Every Day 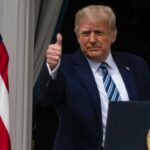 Donald Trump says he is free of COVID-19 and ‘immune’ despite lack of evidence, as he aims to get back to COVID-19