Dual pricing (Thai price and farang price) has long been a subject of contention among the expat community.
While most holiday makers probably don’t realise a dual economy exists, even though they may pay up to a third more than a Thai would on many items in tourist area, the large majority of expats grumble at paying more for goods and services than locals.
And this is totally understandable. I mean, once you’ve lived in a country for five or so years, you’d expect to be treated like a local, right
It isn’t just street stalls and local shops that operate a dual economy, either. Many museums and national heritage sites stipulate dual pricing on entry, which is never usually more than a hundred Baht’s difference, but enough of a difference to make one feel discriminated against.
However, the reality is that outside of the tourist hotspots, purchases from local markets are generally priced the same, unless you know the owner personally. But when it comes to museums, heritage sites and other attractions, foreigners are usually expected to pay more and now government run Hospitals.

Money Vs. Feelings
The fact that the difference between the “Thai price” and the “farang price” is usually quite small — certainly for entry to heritage sites and museums — suggests the grumbling is more about feelings that money.
This is understandable. It is a feeling of being discriminated against, a feeling that no matter how long we’ve been in the country we will always be treated as, and identified as, foreigners (“farang”).
On the face of it, this differential treatment is prejudice, and I’ve even heard some liken it to 50s America and the preferential treatment of whites over blacks. But the reality is it’s nothing like that at all.
The dual economy is born out of simple economics. Nothing more. If you believe that the elimination of dual pricing would promote integration, and give expats more “status” as citizens of the country, you’re living in a alt-left dreamworld.
This might sound harsh, but if you think you’ll ever be anything more than a “farang” to most Thai people then you should go home now to avoid further disappointment.
In the same way immigrants are just immigrants to most in your home country, to the average earning Thai, you are just another farang with a fat wallet that allows him/her to live a privileged lifestyle in a poor country.
Thailand is a great place to live, but you and I know we’re never going to be considered citizens of the country in any way, even if we went through the hideously long process of obtaining residency.
Thailand is historically very insular. This has promoted a unity of deep national pride, patriotism and self-identification with flag and country. Anyone outside of that will always be “a farang”.
I point to the words of the Thai national anthem: The land of Thailand belongs to all the Thais, Their sovereignty has always long endured.
No matter how well I understand Thai, no matter how long I’ve had a Thai partner, no matter that my child is half-Thai and no matter how many Thai friends I have, I am, and always will be, a farang. And this is a classification I accept as part of being a foreigner living in a foreign country.
You can’t roll up to Doi Suthep temple in Chiang Mai and say, “Can I pay the Thai price to get in because my wife is Thai?” Or, “Can I pay the Thai price because I’ve poured countless pounds into the Thai economy over the last seven years”. No, because I am not Thai. 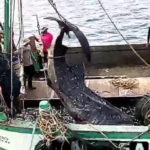