The election date will likely be delayed from Feb 24 to avoid having poll-related activities overlapping with those of the coronation ceremony, Deputy Prime Minister Wissanu Krea-ngam said Thursday.

In any case, the poll will be held no later than the May 9 deadline, he said ahead of a meeting with the Election Commission to discuss the election date.

Mr Wissanu refused to say whether the government had ordered the EC to delay the Feb 24 poll date. Reporters pressed him on this issue and he declined to answer.

However, elections must be held on a Sunday. The last Sunday within the 150-day limit is May 5.

His Majesty the King’s coronation is set for May 4-6. There also will be preliminary preparations “about half a month” – 15 days, or April 19-to-May 4 – ahead of the coronation period, Mr Wissanu said.

The preliminary rites are expected to kick off after Songkran or April 15.

They include collecting water from Thailand’s major rivers for use in the coronation ceremony, and a ceremony to pay homage to the relics of former kings, Mr Wissanu said.

After the coronation, there will also be activities organised by the government and the public to celebrate the occasion. These activities will also take about half a month, Mr Wissanu said.

“The election itself does not affect the royal ceremonies, neither does the election campaign. But after the poll, there will also be about 10 political events, which are required by the constitution to take place within specific periods,” he said.

As a result, the government and the EC must discuss whether these activities overlap with the royal ceremony.

“We can’t move the royal ceremony. Neither can we move the dates for activities required after the election takes place. Therefore, we may have to move the election date to avoid these events overlapping.

On Tuesday, the government did not issue a royal decree calling for the election as planned earlier. Without the decree, the EC cannot officially set the election date.

Speaking after his meeting with the EC, Mr Wissanu reiterated that the election will take place by the May 9 deadline as stipulated by the constitution.

“It is set in stone by the constitution. The National Council for Peace and Order can’t even issue any Section 44 order to change it,” Mr Wissanu said.

He said he had explained to the EC about necessary preparations and activities that will take place before and after the three-day coronation period.

The coronation ceremony, and other related preparations are modelled on the coronation of King Bhumibol Adulyadej, Rama IX, in May 1950, Mr Wissanu said.

Mr Wissanu declined to comment when asked by reporters whether the government had told the EC to delay the Feb 24 poll date.

He only said that when the Feb 24 poll date and other poll-related schedules were announced at a meeting between the NCPO and political parties on Dec 7, the coronation schedule was not yet known.

When the coronation schedule was announced on Jan 1, the government had to explain the details to the EC, he said.

Mr Wissanu added that the authority to set the poll date rests with the EC and the poll-organising agency will consider the information he gave when setting the poll date.

“The government has nothing to do with the setting of the poll date,” he said.

However, Mr Wissanu admitted that the election must be held before April 15 when the preliminary rites for the coronation begin, and that a new government will take office after May 20 when all activities to celebrate the coronation are finished.

Under the law on the election of MPs, the EC must endorse 95% of all 500 winning poll candidates or 475 within 60 days of an election.

Under the constitution, parliament will convene its first meeting within 15 days of the poll results being announced.

In light of this, the EC will have only three potential alternative election dates to choose from — March 10, 17, 24, if the Feb 24 date is to be deferred, a source at the EC said.

Sources at major parties such as Pheu Thai, the Democrats and Palang Pracharath told the Bangkok Post that if the Feb 24 poll is delayed, plans for party election campaigns will be affected, particularly election expenses which are capped at 1.5 million baht per constituency.

Parties have to plan their election spending at least 60 days ahead of the poll, and if the Feb 24 poll is rescheduled for March 24, they have to re-arrange their spending to cover the extended time, the sources said. 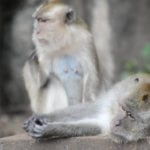