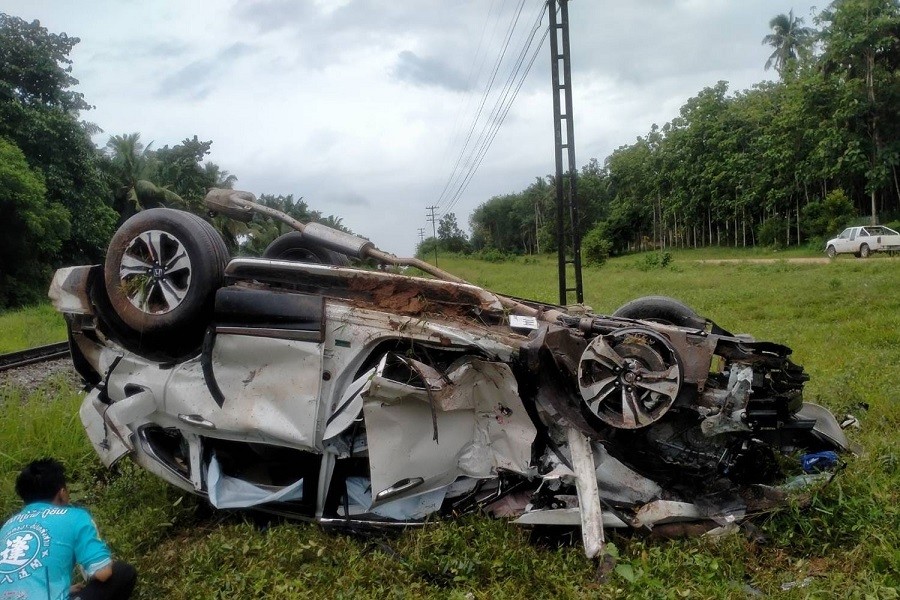 A teenage girl was killed and her 19-year-old brother injured when their car was hit by a train at an unmanned railway crossing in Lang Suan district of Chumphon province on Saturday morning.

The accident occurred in tambon Ban Khuan, said Pol Capt Thanakit Longsawat, an investigation officer at the Lang Suan police station, who was alerted around 9.45am.

Police who arrived on the scene found a badly damaged Honda CR-V with Chumphon licence plates near the railway track. Two people were injured and rushed to a hospital but one was later pronounced dead.

The dead victim was identified as Piyamat Nilsuk, 16, and the injured driver was her elder brother Payungsak Nilsuk, 19, Thai media reported.

According to a preliminary police investigation, a local train on the Chumphon-Hat Yai route had left the Lang Suan railway station a few minutes before the crash occurred.

He sounded the horn and tried to apply the brakes but was unable to stop in time to avoid the car as it drove across the track. The crossing had no barriers, but there was a train crossing signpost.

The force of the crash caused the car to overturn several times before it landed at the side of the track. The train was not damaged and later continued the trip.

Mr Payungsak was reportedly driving his sister to take a tutorial course at the time of the accident. Police plan to question him later but said he was still in a shock over the loss of his sister. 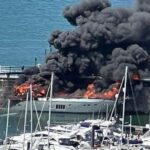 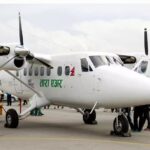 Plane goes missing with 22 people on board