Home » Girl, 3, accidentally lifted metres into the air by kite at Taiwan festival 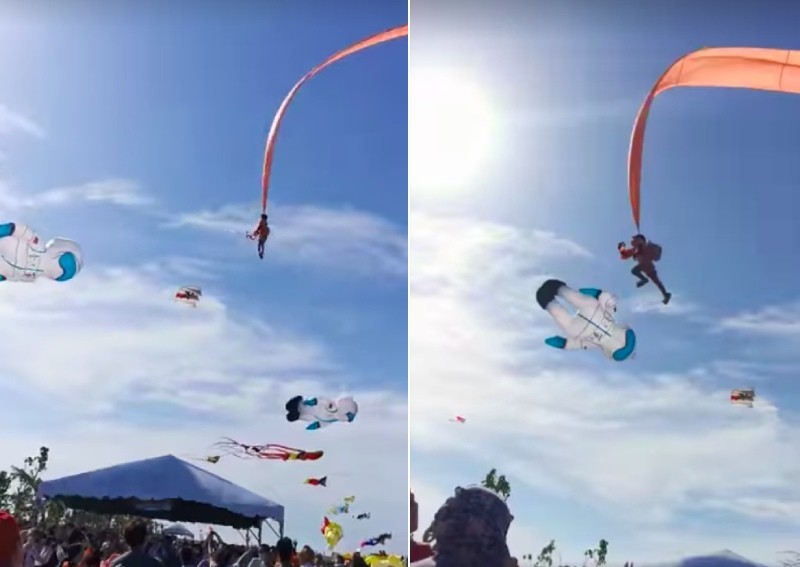 A leisurely day out at the beach turned out to be a terrifying one for many kite festival-goers in Hsinchu, Taiwan yesterday (Aug 30).

They screamed as they watched a toddler, caught in the tail of a large kite, get lifted metres into the air and tossed around several times by strong winds.

As the kite-flyer manoeuvred the kite back to the ground, numerous adults rushed to catch the falling girl.

Despite the scare, the three-year-old suffered only abrasions on her face and neck from the incident, Taiwanese media reported.

A video clip capturing the heart-stopping moment soon made its way onto Facebook.

Posted by a woman who witnessed the incident, she cautioned parents bringing children out to such events to be especially careful as it had all “happened in an instant”.

Addressing the incident, the Hsinchu City Office said that the girl was taken for a medical check-up and treatment at a hospital. Besides the abrasions, no other physical injuries were found.

Hsinchu City mayor Lin Chih-Chien also made a public apology and added that the city office is investigating the incident.

All activities at the two-day event were suspended for public safety.

While some netizens urged parents to keep a close watch on their children while they’re out, others who attended the event suggested separating kite-fliers and festival-goers so as to prevent similar incidents from happening. 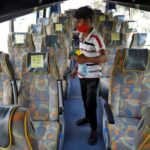 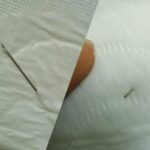