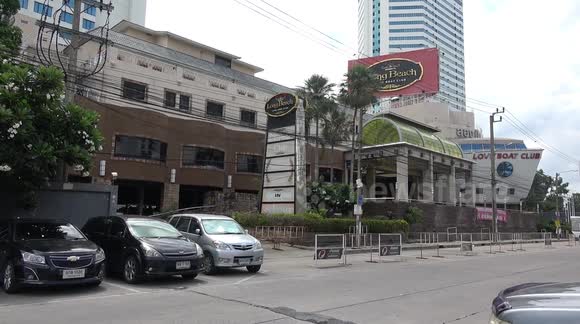 A giant brothel shaped like a boat has been sunk after it was caught illegally pumping groundwater.

The Long Beach Love Boat Club was raided after it peaked with ‘’50 glamorous girls’’ servicing men every night in Bangkok, Thailand.

Cops cracked down on soapy massage venues and torpedoed the vessel – which had a huge hull and portholes visible from the road.

It was found to be bypassing the mains pipes and draining the ground water to fuel round-the-clock bubble baths and showers for its high-end customers.

City chiefs blamed massage parlours illegally pumping groundwater for contributing to the capital sinking one centimetre a year with subsidence, which increases the risk floods.

The titanic-sized brothel now stands empty after police closed it down and arrested the owners, who were linked to a vast network of glitzy massage parlours across the Thai capital.

Footage shows how a customers were pulled in with a large sign visible on the taxi ride from the airport – and a bronze sculpture of naked women at the entrance.

The owners, who ran a tangled web of operating companies linked to The Lord Group, fled last January after a series of raids on different venues it owned. Similar raids discovered top cops were receiving free services and huge kick backs of thousands of dollars a month to turn a Nelsonian eye.

After one sister club called Victoria’s Secret was closed down after being linked to trafficking, police raided the boat brothel. The maritime-themed outlet was later shut.

Officers believe they had been pumping ground water illegally for several years without having to pay water bills.

Police Colonel Inthasit said at the time of raid: ‘’The level of contaminants in the water here is higher than neighbouring properties which use the mains. This means is is likely that it is coming directly from the ground.’’

Bangkok has undergone rapid development since the 1990s which has put pressure on the aquifer, which is geologically delicate due to being on a flood plain and thick ground layer of clay.

The city has sunk by around 1.2cm a year since the early 1980s, according to scientists. Experts believe that massage parlours, hotels and malls tapping into the underground natural water to save costs has contributed to the sinking.

Former MP Chuwit Kamolvisit said: ‘’Think of how much they have to pay for water. It’s a lot. So they had to secretly use groundwater. They pump it up from 100 meters underground.’’

Chuwit said there were hundreds of massage parlours in Bangkok with each one using the equivalent of ‘’three swimming pools full of water a night’’.

He added: ‘’Many of these places still use groundwater.’’

The maximum penalty for tapping into the water table is six months in jail, a 20,000 baht fine or both for violating the Artesian Water Act 1977. 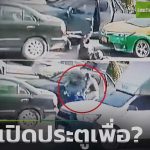 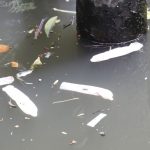